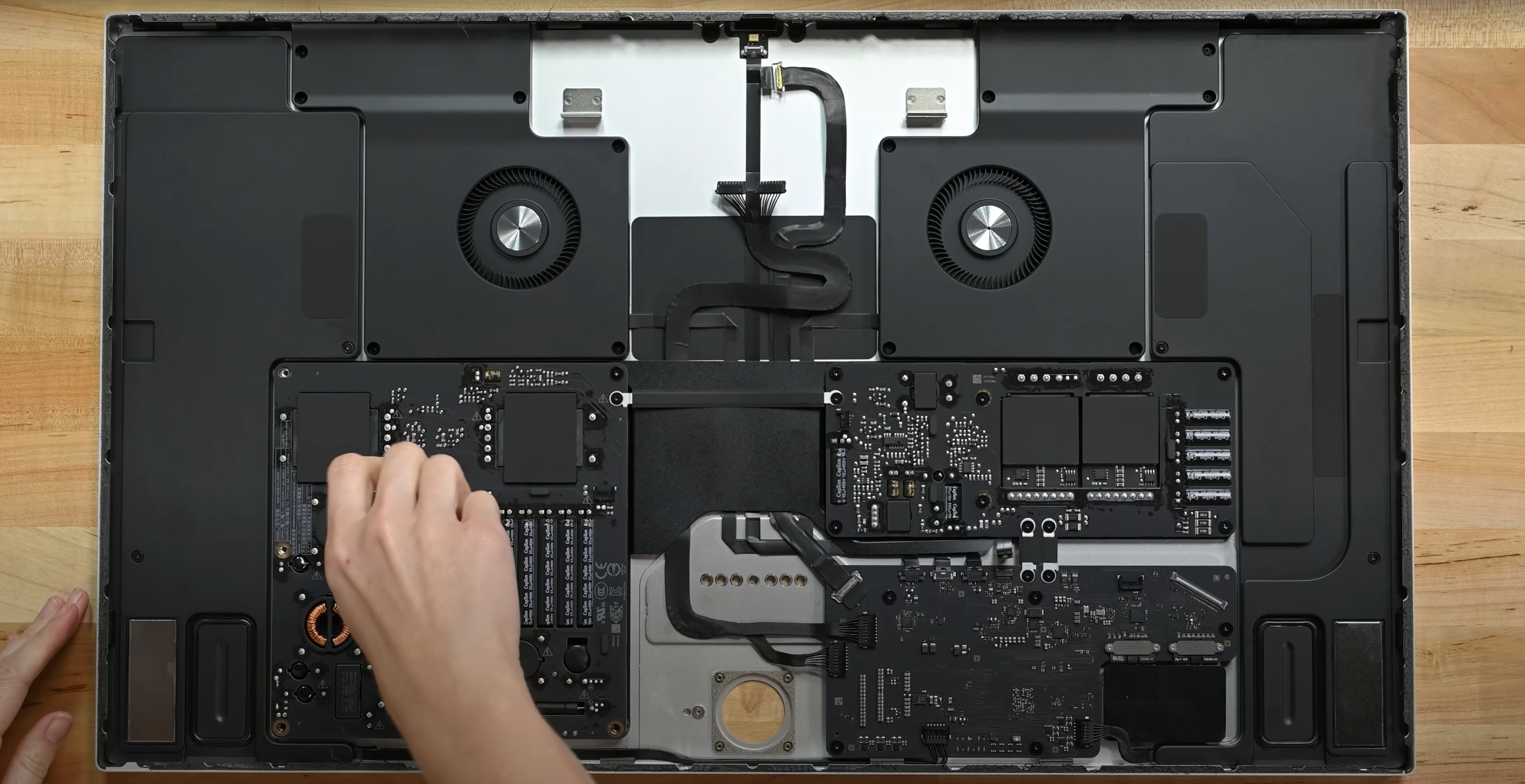 It may look a lot like the redesigned iMac, but Apple’s new Studio Display is in many ways a more complicated device once you open it up. Next to the company’s all-in-one desktop, the monitor is about 50 percent thicker, and there’s an interesting reason for that.

Following its recent Mac Studio teardown, iFixit took apart the Studio Display to see the engineering that went into Apple’s first dedicated monitor since the Pro Display XDR. What ends up making the studio display thicker than the iMac is a complicated, multi-board power supply board that’s housed within the monitor. Unlike with the iMac, you don’t need an adapter to power the Studio Display. It’s one of those features that might seem small on the surface, but it ultimately leads to a better user experience.

“If [Apple] had gone with an external power supply, this could have been the same design as the iMac,” iFixit said. It notes Apple likely invested a significant amount of engineering effort and cost to design a power supply that is as slim as the one found in the Studio Display.

In taking apart the Studio Display, iFixit also discovered a few other interesting tidbits about the monitor. Almost every review of the Studio Display has complained of poor web camera quality. Apple has said it will release a software update to address the problem. In the meantime, iFixit says the Studio Display’s camera module looks nearly identical to the one found in the iPhone 11. “Hardware-wise, a three-year-old sensor is perfectly capable of packing a better punch than all these reviewers are seeing,” the company said. That’s something to keep in mind if you’re thinking about purchasing the Studio Display.