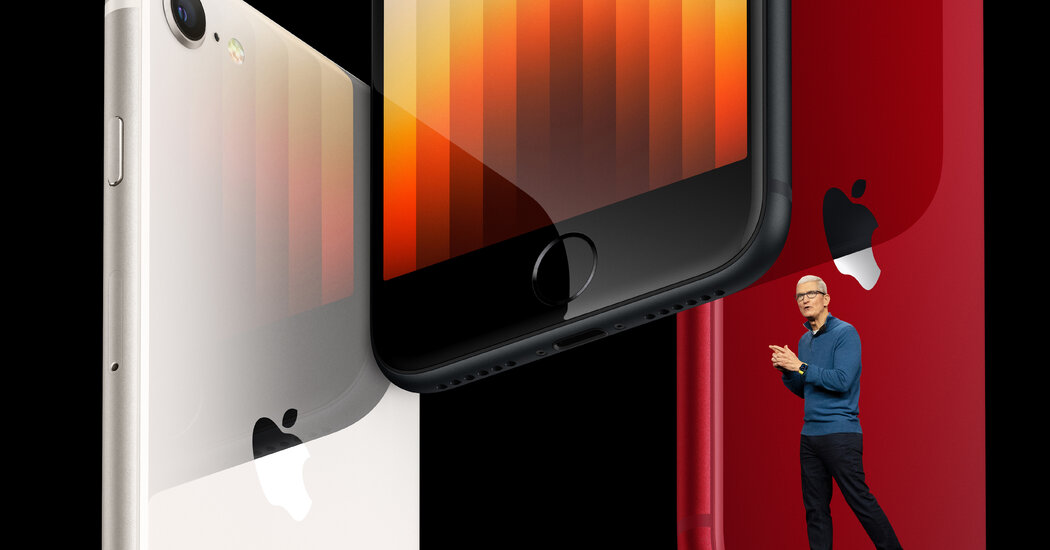 Apple’s latest product showcase on Tuesday had all the hallmarks of a typical launch for the world’s most valuable public company: vibrant colors, upbeat music, a slate of incremental product improvements and a surprise.

In a video presentation, the company unveiled a new, faster iPhone SE, the entry-level version of its flagship product, bumping the price to $429 from the older version’s $399. Apple also introduced a speedier iPad Air tablet for $599. And it announced the Mac Studio, a powerful desktop computer that is like an upgraded version of the Mac Mini. The cheapest version of the computer retails at $1,999, plus $1,599 for the display screen.

The surprise was the M1 Ultra processing chip, the latest and most powerful version in the line of Apple-produced chips, which rolled out in 2020, when the company stopped relying on Intel.