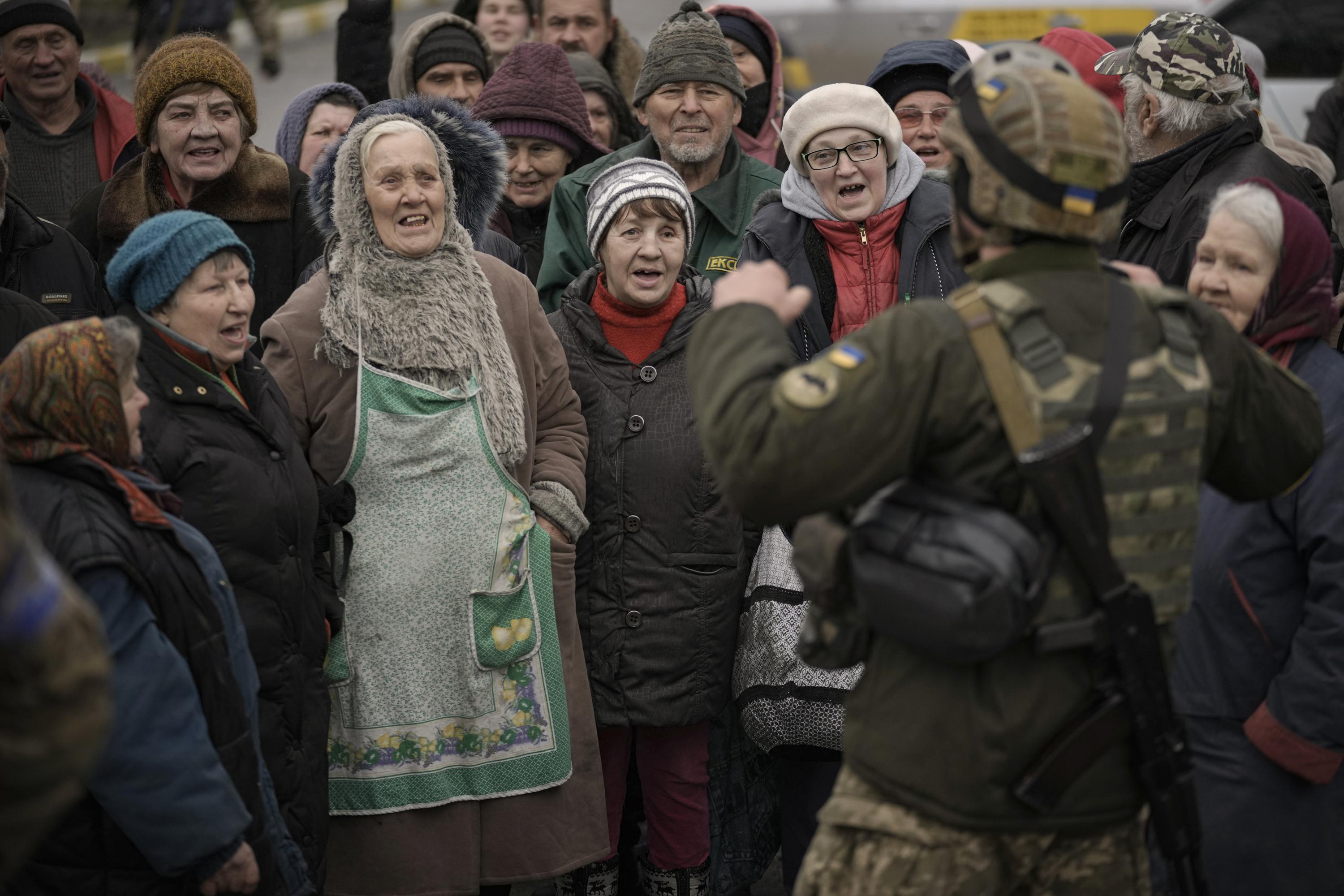 In the Kyiv suburb of Bucha, civilians cheer as a convoy arrives bringing aid, including food, to an area that had been occupied by Russian troops.

A Ukrainian soldier checks the body of a man dressed in civilian clothes for possible booby traps left by retreating Russian forces. Locals said the dead in Bucha were civilians killed by departing Russian soldiers without provocation.

President Volodymyr Zelenskyy warned residents that Russian forces were creating a “catastrophic” situation for civilians by leaving mines around homes, abandoned equipment and even corpses. Anti-tank mines were scattered across a bridge in Bucha.

In Irpin, crosses honoring the civilians killed during fighting mark a mass grave in the forest. In town, a Ukrainian soldier plays a pick-up game of soccer in front of buildings with shattered windows.

Elsewhere, protesters hold posters bearing the image of Zelenskyy during an anti-war rally at the Palace of Culture and Science in Warsaw, Poland.