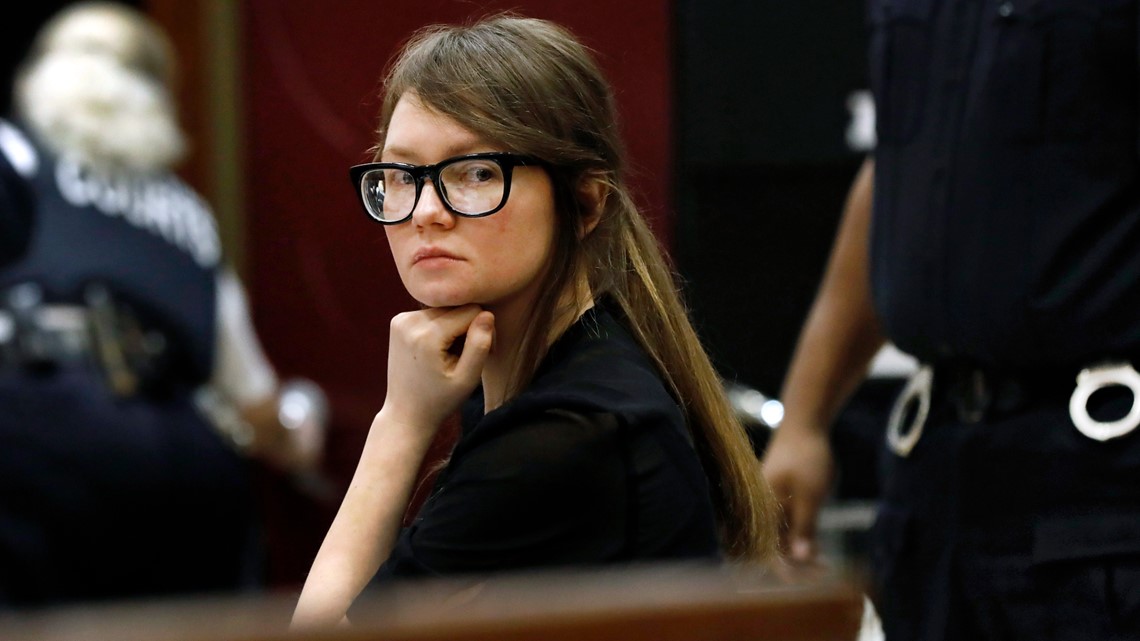 Using the name Anna Delvey, Sorokin maneuvered her way into elite New York social circles by passing herself off as a socialite with a $67 million fortune overseas.

NEW YORK — Anna Sorokin, the convicted swindler who claimed to be a German heiress to finance a posh lifestyle in New York, is making a new bid to fight deportation, a lawyer said Tuesday.

RELATED: Online romance scams on the rise. Don’t be a fool for love

He said she filed papers Monday seeking to hold off being ejected from the country.

ICE on Tuesday said only that she remains in the agency’s custody.

Sorokin, who was convicted in 2019 and spent more than three years behind bars, has since been challenging deportation. An appellate immigration judge last month declined to stop the 31-year-old German citizen from being removed.

Using the name Anna Delvey, Sorokin maneuvered her way into elite New York social circles by passing herself off as a socialite with a $67 million (61 million euros) fortune overseas, according to prosecutors. She falsely claimed to be the daughter of a diplomat or an oil baron.

Prosecutors said Sorokin falsified records and lied to get banks to lend, luxury hotels to let her stay and well-heeled Manhattanites to cover plane tickets and other expenses for her, stealing $275,000 in all.

Her trial lawyer cast her as an ambitious entrepreneur who got in over her head financially and was simply buying time to pay her debts.