An Outspoken Off-Duty Firefighter Testified: ‘There Was a Man Being Killed’ 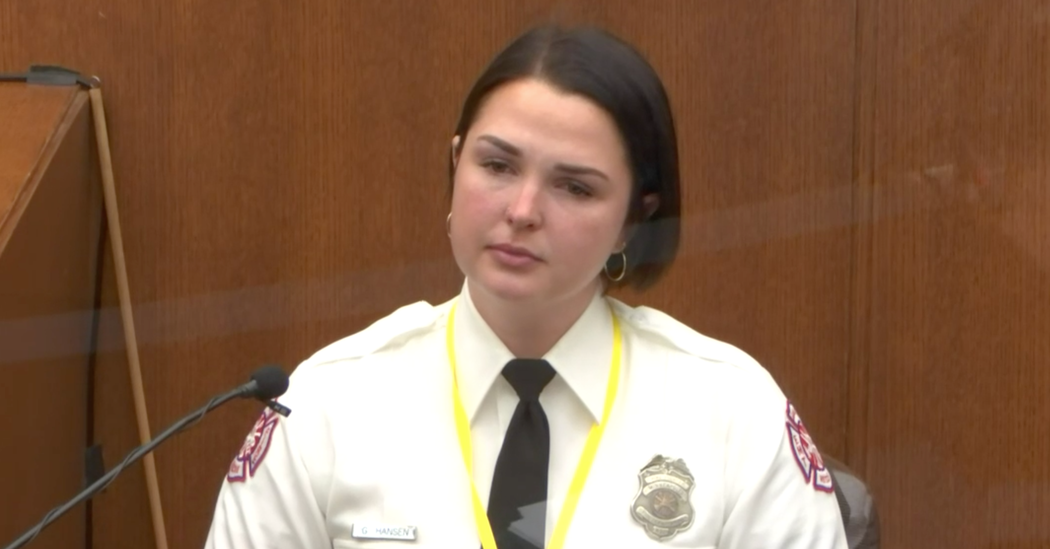 When Genevieve Hansen encountered police officers arresting George Floyd last May, she quickly realized that something was wrong. Ms. Hansen, who was off duty from her job as a Minneapolis firefighter and emergency medical technician, noticed that Mr. Floyd was handcuffed, seemed disoriented and that his face was “smushed into the ground,” she testified in court on Tuesday.

Ms. Hansen was the last witness called by prosecutors on the second day of the trial of Derek Chauvin, the former Minneapolis police officer charged with murder in Mr. Floyd’s death. She recalled pleading with the police to let her help Mr. Floyd, whom Mr. Chauvin had pinned to the ground with his knee, but being rebuffed by a police officer who was telling a crowd of bystanders to back away.

“There was a man being killed,” Ms. Hansen testified. “I would have been able to provide medical attention to the best of my abilities, and this human was denied that right.”

Her testimony became more heated when she was questioned by Eric J. Nelson, the lawyer for Mr. Chauvin, who asked her if she would be distracted if people heckled her while she was fighting a fire and noted that emergency medical workers do not routinely approach scenes where the police are working until the officers tell them it is safe.

When Mr. Nelson asked if the crowd was upset at the scene of Mr. Floyd’s arrest, Ms. Hansen shot back, “I don’t know if you’ve seen anybody be killed, but it’s upsetting.” The response earned her a warning from the judge.

And when the lawyer asked her about statements she made describing Mr. Floyd as a “small, slim man,” she responded by saying that while he appeared small with police officers on top of him, she knew, now, that he was not small. That testy exchange brought another warning from the judge.

He told her to come back on Wednesday morning to complete her testimony and, shortly after, adjourned, marking the end of the trial’s second day.