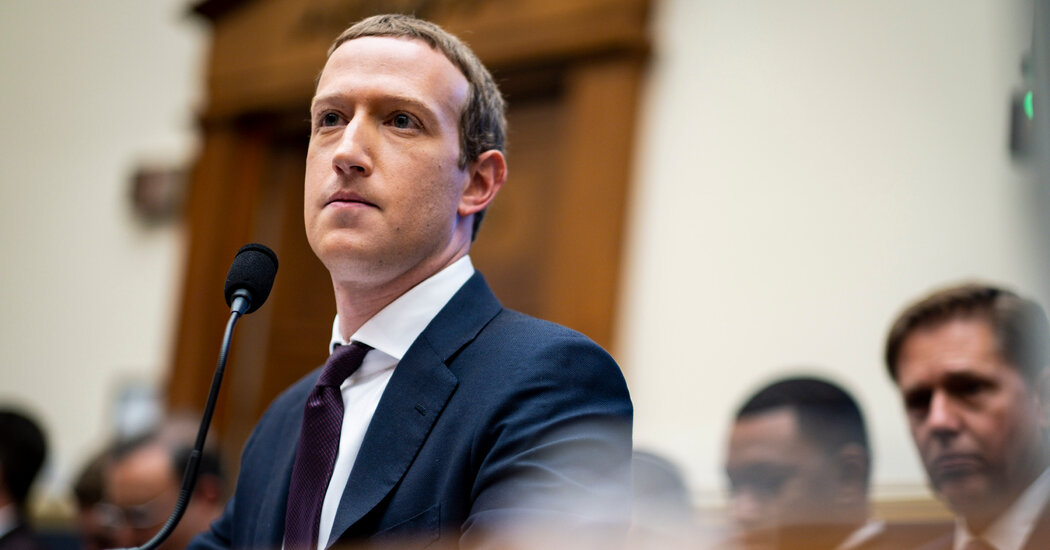 In the final weeks of the election, ads will air across the country attacking President Trump, Joseph R. Biden Jr., incumbent senators and representatives, their challengers — even sheriffs won’t be spared.

But on Wednesday, a political group will take aim at a familiar yet rarely targeted figure in public policy: Mark Zuckerberg, the chief executive of Facebook.

A new ad from Accountable Tech, a nonprofit group that includes former Facebook employees, former election officials and members of Hillary Clinton’s 2016 campaign, uses Mr. Zuckerberg’s own remarks to highlight what the group sees as Facebook’s failures to protect the country from dangerous disinformation and violent criminals.

“It’s not enough to just give people a voice — we need to make sure that people aren’t using it to harm other people or to spread misinformation,” Mr. Zuckerberg is heard saying in the ad, in remarks from his 2018 testimony before Congress.

As he speaks, scenes of right-wing groups at protests and people clad in gear supporting the QAnon conspiracy theory fill the screen, mixed with headlines like “Facebook Tried to Limit Qanon. It Failed.”

The ads will run nationally on CNN before and after the vice-presidential debate, as well as on digital platforms.

Accountable Tech was founded this year and has pushed social media companies to be more aggressive in policing their platforms for dangerous disinformation and incitements to violence. Most of the group’s efforts have targeted Facebook.