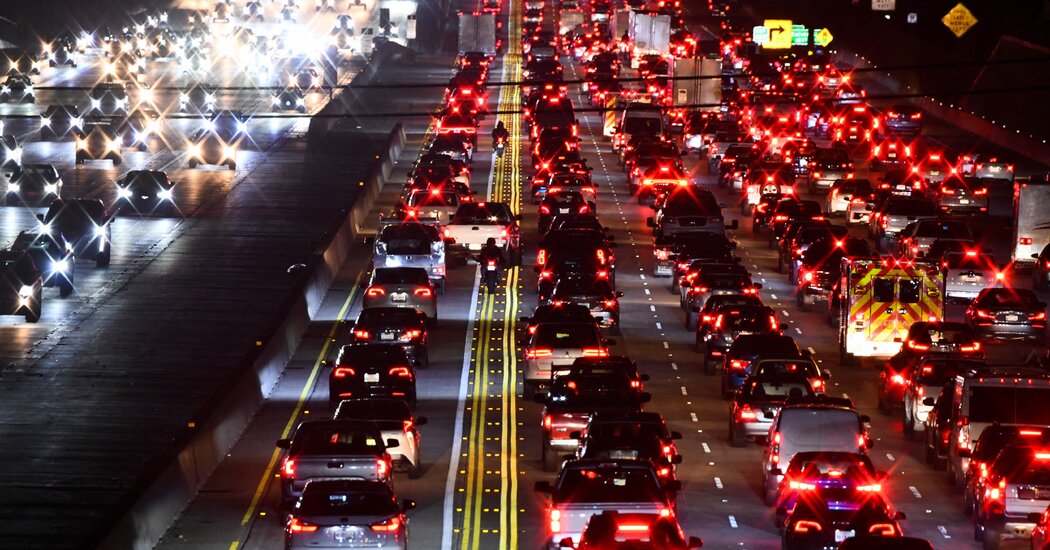 The war in Ukraine is setting into motion the first global energy crisis of its kind, and nations around the world should respond by reducing their use of oil and gas, the leader of a key international organization warned on Friday.

The International Energy Agency, which was formed in the wake of the 1973 oil crisis to ensure a stable worldwide energy market, said that the repercussions of Russia’s invasion of Ukraine were likely to intensify over the next several months as summer driving season got underway with inventories at historic lows.

It’s a message that has largely been absent from the conversation in the United States, the world’s largest oil producer, where fossil fuel companies are earning healthy profits and the response to elevated gasoline prices has been calls for more production.

Dr. Birol said that the energy crunch was likely to intensify and that it differed from the 1973 oil shortage because it involves not just oil but natural gas — which affects transportation and electricity — and because countries are more interconnected now, with the result that a disturbance in one supply can have a greater impact on global markets.

On Friday, the agency recommended 10 immediate steps that nations could take to conserve oil, such as reducing speed limits, having people work from home up to three days a week and urging travelers to take trains instead of airplanes when possible. The recommended measures also include car-free Sundays in cities, car pooling and reducing fares on public transportation.

If advanced economies put all 10 recommendations into action, they could cut oil demand by 2.7 million barrels a day, the agency found. That’s on par with the estimated 2.5 million barrels a day of Russian oil that is expected to be lost to global markets in the next few months as buyers shun it. The agency also urged a series of structural, longer-term changes, including electric heat pumps and prioritizing of electric vehicles.

In the European Union, which in recent years has gotten about 40 percent of its natural gas and more than a quarter of its crude oil from Russia, leaders have been encouraging citizens to conserve energy. “Everyone can do something,” Ursula von der Leyen, the president of the European Union’s executive arm, said in a news conference last week. “Reducing the energy consumption we have overall, the individual contribution by 450 million Europeans, makes a big chunk.”

In the United States, one of the few calls for conservation has come from Mitch Roth, the mayor of the County of Hawaii, which is particularly vulnerable to skyrocketing energy prices in the wake of President Biden’s banning of Russian oil, gas and coal. The state of Hawaii has relied heavily on Russian fuel, and its high cost of living has many families already struggling to pay their bills. So Mr. Roth turned to what he saw as a common sense solution: asking his community to use less oil and gas.

Mr. Biden has urged oil companies to step up production to keep up with demand, and his energy secretary, Jennifer Granholm, delivered the message personally to fossil fuel executives gathered in Houston last week.

In the long term, administration officials maintain, the United States must make a transition away from fossil fuels and develop more solar, wind and other clean energy sources.

“We know we cannot drill our way out of dependence on a global commodity controlled in part by foreign nations and their leaders, which is why the administration is determined to speed up — not slow down — our transition to a clean energy future,” said Charisma Troiano, a spokeswoman for Ms. Granholm.

Clean energy is the ultimate solution to tackling global warming and reducing energy dependency on other countries, many experts say. But it can’t come online fast enough to meet immediate demand. To make matters worse, countries were already far behind on the emissions reductions needed to meet the Paris Agreement, a global pledge intended to avoid the worst effects of climate change.

While Western nations try to deal with the humanitarian crisis and the energy problems resulting from the war in Ukraine, “we should not forget a third crisis, which is the climate crisis,” Dr. Birol of the International Energy Agency said. “And as a result, all of the 10 measures we put on the table not only address the crude oil market tightness, but also help to pave the way to reach our climate goals.”

A White House spokesman declined to comment about whether Mr. Biden planned to call on Americans to conserve energy, something perceived as carrying political risks.

A handful of Democrats in Congress have mentioned conservation. “We need to talk about lowering demand,” said Representative Kathy Castor, Democrat of Florida. “If we lower demand, that really saps the power of these petro despots to control our lives.”

“I mean, we never want people to be wasteful with energy,” she said in an interview. “But do you want to tell the American people that they can’t drive to school and work and not heat their homes? I mean, everything on your table is the result of oil and natural gas.”

Mr. Biden would face a certain backlash if he called for Americans to conserve energy — particularly as the country is emerging from the coronavirus pandemic, said Lee M. Miringoff, director of the Marist College Institute for Public Opinion.

“People are becoming turned off to the whole notion of masks, so the message of personal sacrifice — having to alter their behavior in some way — gets into a freedom discussion that the White House doesn’t want to go near right now,” Dr. Miringoff said.

The November election carries high stakes for Mr. Biden’s climate agenda. Republicans have shown little appetite for tackling global warming. If they win control of one or both houses of Congress, the chances would drop considerably for enacting policies to cut greenhouse gases that are dangerously warming the planet.

For many Democrats, the 1980 presidential election is seen as a cautionary tale. President Jimmy Carter, who famously wore a sweater and asked Americans to follow his lead and turn down their thermostats in response to energy shortages in the 1970s, got clobbered in his race for a second term. The Senate also flipped to Republican control.

“That sent a jolt into the political system that we have not fully recovered from,” said Jay Hakes, who ran the U.S. Energy Information Administration under President Bill Clinton and directed the Jimmy Carter Presidential Library. “Of course, Biden was there at the time.”

But such fears remove the important tool of energy conservation, Dr. Hakes added, recalling public service ads from the 1970s that encouraged Americans to drive at 50 or 55 miles per hour and keep their thermostats at 68 degrees. The tagline was “Don’t be fuelish.”

Half a century later, the world has a “brief and rapidly closing window of opportunity to secure a livable and sustainable future for all,” scientists wrote in the latest major report from the U.N. Intergovernmental Panel on Climate Change. The report, by ​​270 researchers from 67 countries, warned that climate change is harming the planet faster than humans can adapt.

“Everybody talks about emissions reduction, but if the production of fossil fuels is constant, then you wonder where these emissions reductions come from,” said Hans-Otto Pörtner, a physiologist and one of the report’s co-chairs.

Dr. Pörtner spoke from his home in northern Germany, wearing a sweater and a jacket because his wife had lowered the temperature to save energy. Such measures are “low-hanging fruit,” Dr. Pörtner said.

He said he hoped policymakers would use the Russian invasion as an impetus to speed up the transition to clean energy.

“If we forget the existential threats involved with climate change, then we are really in trouble,” Dr. Pörtner said.