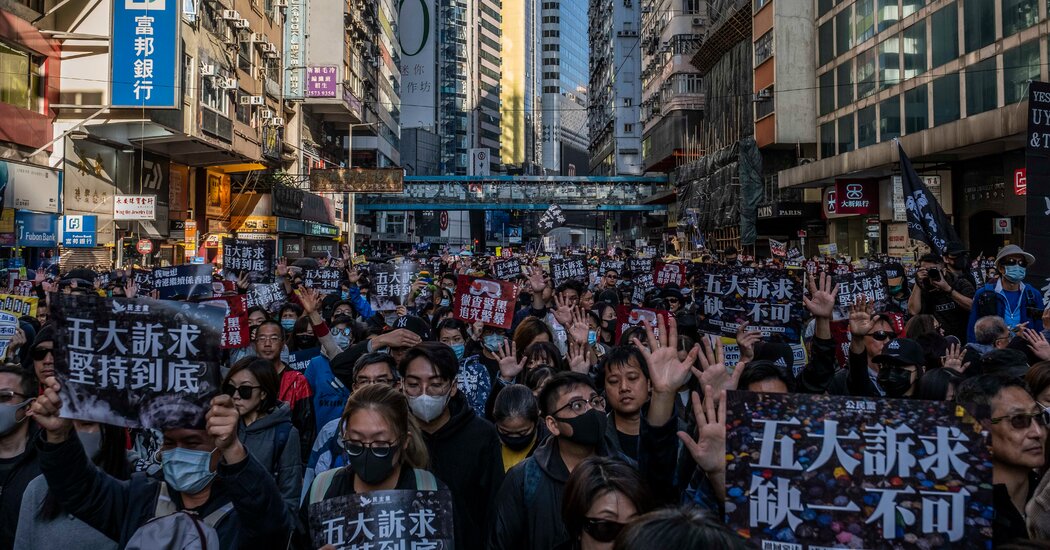 An industry group representing the largest American internet companies warned Hong Kong’s government that changes to the city’s data-protection laws could impact companies’ ability to provide services in the city.

The June 25 letter, which took issue with broad new rules created to curb doxxing — the targeted disclosure of individuals’ private information — was the latest sign of the dilemma faced by tech companies in Hong Kong, where the government has created harsh new rules to control what is said online.

Once a haven of internet freedom on the doorstep of China’s tightly controlled internet, Hong Kong is home to offices and servers for many major internet companies. Yet under a recent national security law, the city faces a new digital reality in which the authorities have broad surveillance and censorship powers. That has increasingly called into question the viability of continuing operations for major internet companies.

The Singapore-based Asia Internet Coalition, which represents Apple, Amazon, Google, Facebook and other tech companies, warned in the letter that the new rules would “result in grave impact on due process and risks for freedom of expression and communication.”

Of particular concern, according to the letter, was general wording that could give the police the power to impose fines and arrest local employees if the tech companies are not responsive to the new doxxing rules.

“The only way to avoid these sanctions for technology companies would be to refrain from investing and offering their services in Hong Kong, thereby depriving Hong Kong businesses and consumers, whilst also creating new barriers to trade,” the coalition wrote.

In a statement, the Asia Internet Coalition said the letter reflected an industry view, and not the policies or plans of any specific company. The Wall Street Journal first reported the existence of the letter.

Since the Hong Kong pro-democracy protests of 2019, debate over online speech has often focused on doxxing. After police officers stopped wearing identifying markers during the protests, a slew of sites and channels cropped up to identify them. Pro-police sites, in turn, released information on protesters.

The authorities have already used the national security law to curb the practice. In January, the first known website to be taken down under the law had posted personal information about police officers. Under the new rules anyone posting personal information intended to harass, threaten or intimidate could face up to five years in jail and a fine in excess of $100,000.

Doxxing is just one part of a continuing proxy fight over internet freedoms in the city. Shortly after the law was enacted, Facebook, Google and Twitter all said they had suspended responding to data requests from the Hong Kong authorities. Last month, police officers in the city invoked the law to briefly pull down a website that called for unity among expatriate Hong Kongers in the pro-democracy movement.