Amazon Bans Sale of Foreign Seeds in the U.S. 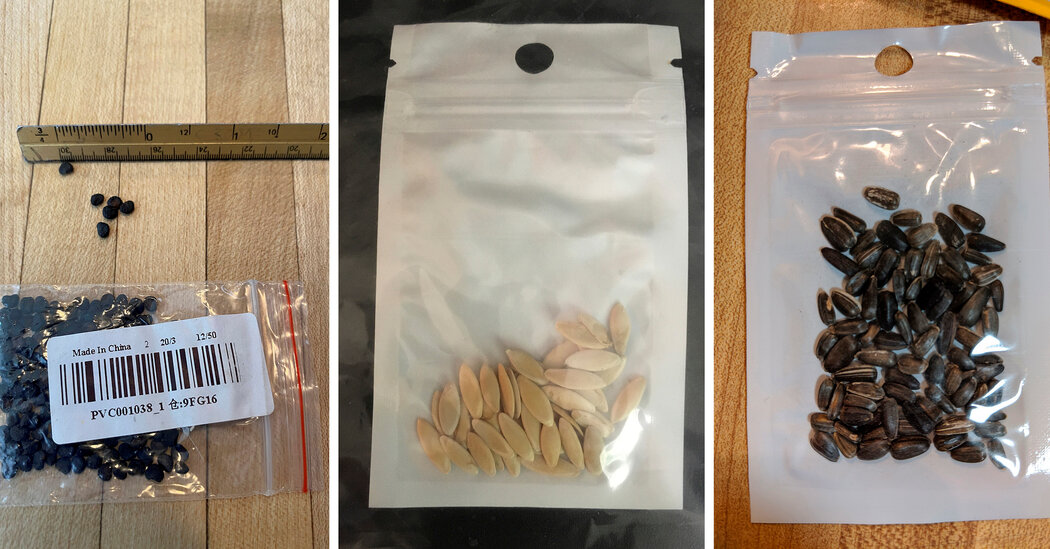 Amazon has banned the sale of foreign seeds to its customers in the United States, a move that comes after thousands of U.S. residents received unsolicited packages of seeds over the summer, most of them postmarked from China.

The company updated its policy on Wednesday, advising its foreign sellers that it “would no longer allow the import into the U.S. of plant or seed products.” Amazon prohibits the sale of products the U.S. Department of Agriculture labels “noxious” and those that are subject to government quarantine or can be fatal when touched or consumed.

“Moving forward, we are only permitting the sale of seeds by sellers who are based in the U.S.,” an Amazon spokeswoman said in a statement.

Sellers who do not follow the guidelines risk the loss of their accounts, the company said. For sellers who use Amazon to fulfill orders and store items in the company’s warehouses, the updated policy will go into effect on Sept. 30.

The company did not say how long sellers not based in the United States had been allowed to sell plant and seed products on its platform.

The update to Amazon’s policy, which was reported by The Wall Street Journal, comes a little over a month after mysterious seed packets bearing Chinese characters started arriving in mailboxes across the United States in July, prompting all 50 states to issue safety warnings.

“U.S.D.A. is also working with e-commerce companies to remove online sellers that are illegally importing or facilitating the illegal import of propagative materials, including seeds,” the agency said in a statement on its website. “We have also intensified our engagement with e-commerce companies to ensure they and the sellers who use their platforms are complying with U.S.D.A. regulations.”

The Animal and Plant Health Inspection Service said the unsolicited packages appeared to be a part of a “brushing scam,” in which an online seller ships an inexpensive product to an unwitting receiver and then submits positive reviews on the recipient’s behalf with a goal of boosting the seller’s ratings and visibility online. The agency said there was no reason to suspect agroterrorism, in which biological agents are used to harm the nation’s food supply.

As of Aug. 31, the inspection service had collected more than 8,500 packages of seeds and had examined more than 2,400 individual seed packets. It said it had identified more than 300 seed species, including cabbage, hibiscus, lavender, mint, morning glory, mustard, rose, rosemary and sage.

The seeds pose no known health risks, the inspection service said. The main concern is that the seeds could negatively affect U.S. agriculture by introducing seed-borne viruses and other diseases.

Many of the seed packets came in white or yellow envelopes that were labeled to indicate they contained jewelry. State agriculture officials released photographs of white pouches bearing the words “China Post” and Chinese characters noting the contents as “ring.” The inspection service asked those who received unsolicited packages of seeds to fill out an online form and mail in the seeds or contact their state plant health director for no-contact pickup.