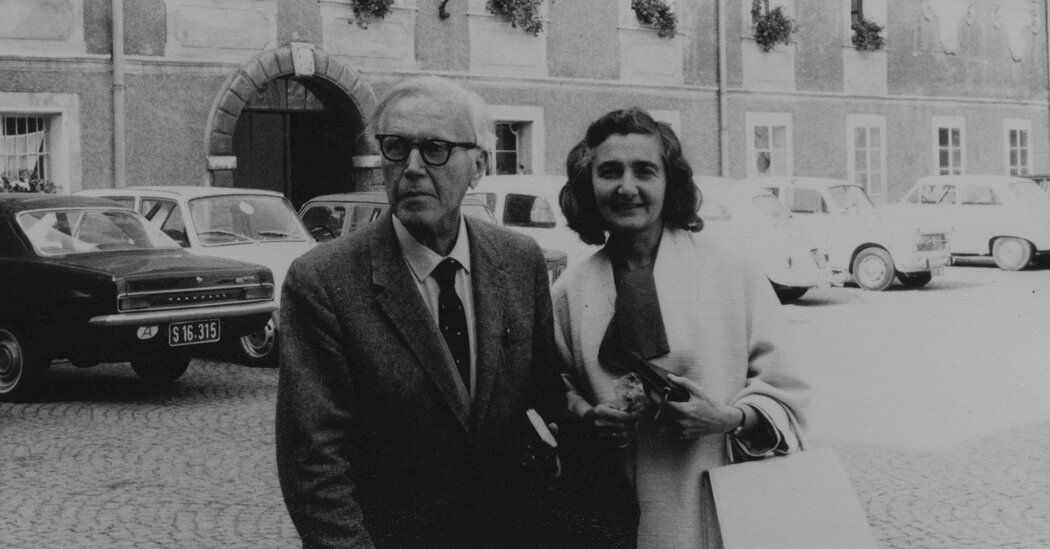 Dr. von Hildebrand gained even broader attention as a regular face on the Eternal World Television Network, which carries exclusively Catholic-themed programming around the country. She made some 80 appearances, often as a guest of the wildly popular Mother Mary Angelica, who founded the network and hosted a talk show.

Such was the intensity of her fan base that when she grew too frail to make trips abroad, wealthy admirers would send their private jets to pick her up.

“She had this great energy,” Mark Gottlieb, an Orthodox rabbi who sits on the board of the Hildebrand Project, said in a phone interview. “It was a deep grace and power of the soul to just resonate outward and engage you by her words and her ideas and the very force of her personality.”

Alice Marie Jourdain was born in Brussels on March 11, 1923, to Henri and Marthe (van der Horst) Jourdain. Her father, who owned a small business, was a deeply religious man, attending mass every day, a practice that left a deep impression on young Alice.

After the German invasion, she and her sister were sent to New York to live with a wealthy aunt and uncle in the Waldorf Astoria. Alice entered Manhattanville College but later transferred to Fordham, where she met her future husband.

Dietrich von Hildebrand was a refugee himself. As a professor at the University of Munich, he had watched, and vocally opposed, the rise of the Nazis in that city in the 1920s. When Adolf Hitler took power in 1933, Dr. von Hildebrand fled to Vienna, where he founded an anti-Nazi newspaper. When Germany took over Austria, he fled again, first to France and Spain before coming to New York.

Ms. Jourdain became his student and assistant, and received her doctorate in philosophy in 1949.

She is survived by a sister, Marie Laure Gillis.