Alaska Man Who Threatened to Kill U.S. Senators Gets Nearly 3 Years in Prison 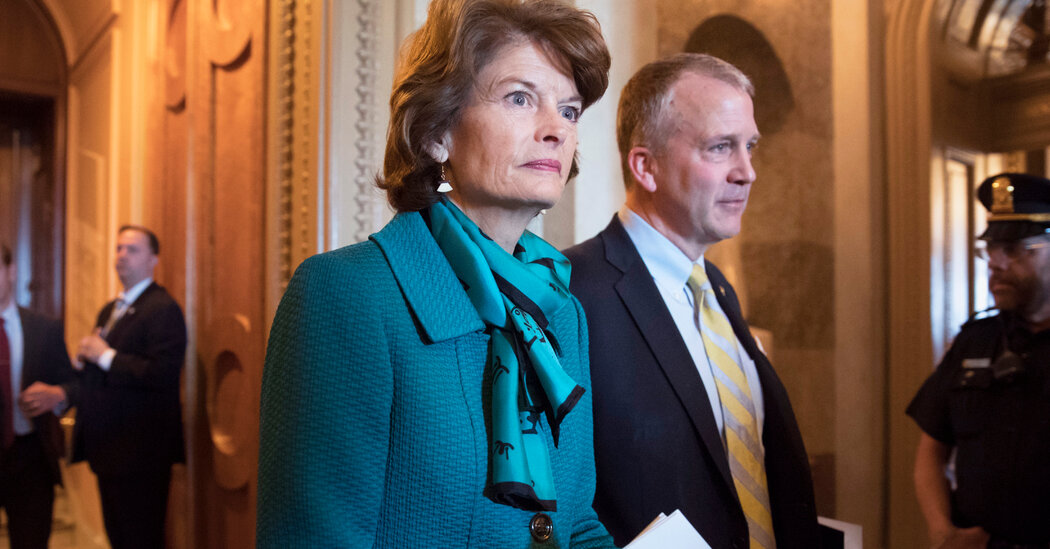 An Alaska man who pleaded guilty to threatening to murder two U.S. senators has been sentenced to 32 months in prison and a $5,000 fine.

The man, Jay Allen Johnson, 65, of Delta Junction, left a total of 17 voicemails laden with threats for Senators Lisa Murkowski and Dan Sullivan, both Alaska Republicans, federal prosecutors said. The voicemails, placed from April to September 2021, were “intended to retaliate” against the two senators for doing their work, prosecutors said.

John E. Kuhn Jr., the U.S. attorney for the District of Alaska, said in a statement after the sentencing on Friday that nothing excused Mr. Johnson’s conduct and that threatening elected officials was “an act that attacks our very system of governance.”

“The erosion of civility in our political discourse will never justify threats or acts of violence,” he said.

Jason Weiner, a lawyer for Mr. Johnson, did not immediately respond to a request for comment on Monday.

In a sentencing memorandum, Mr. Weiner said that Mr. Johnson’s health problems after decades spent performing manual labor, along with pandemic-related “heightened turmoil” and isolation, had contributed to his behavior.

“Between the prescribed narcotics, pain, and self-medicating, Mr. Johnson was not himself,” Mr. Weiner wrote in the memorandum, dated April 1, adding that his client had learned from this experience. “His actions did not take place in a vacuum.”

Senators Murkowski and Sullivan did not immediately respond to requests for comment on Monday.

He left Mr. Sullivan 13 voicemails, stating in one that he would get his “.50 caliber out” and then hold an online fund-raiser for the shells.

An investigation by the U.S. Capitol Police and Federal Bureau of Investigation traced the calls to Mr. Johnson, and he was arrested on Oct. 4, 2021. While executing a search warrant, F.B.I. agents also seized seven unsecured firearms illegally owned by Mr. Johnson, who has a prior felony conviction in 2016 barring him from possessing guns, prosecutors said.

In January, Mr. Johnson pleaded guilty to two counts of threatening to murder a U.S. official. In addition to his prison time and fine, he has agreed to a three-year federal protective order forbidding him to contact Ms. Murkowski and Mr. Sullivan, their families, and staff members after he is released. Mr. Johnson will also forfeit his guns.

After former President Donald J. Trump was elected in 2016, threats of violence against lawmakers surged. A Times review found clear increases of threats around Mr. Trump’s first impeachment and then after the Jan. 6 attack on the Capitol last year.

There were 9,600 threats against members of Congress last year, a record that was double the previous year’s total, according to the Capitol Police. Callers have left messages detailing various methods to kill lawmakers, from hanging them to shooting them in the head.