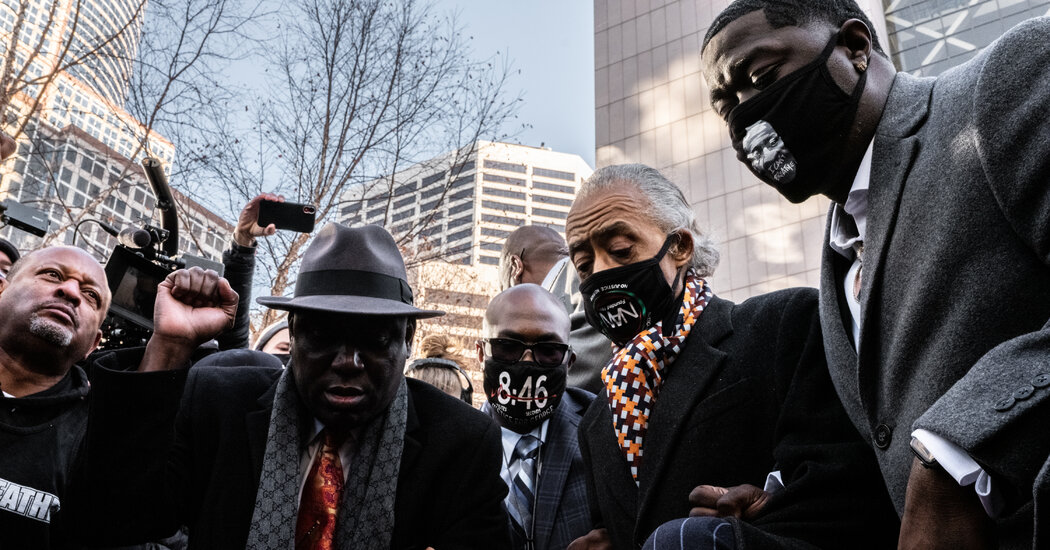 The Rev. Al Sharpton and Ben Crump, a lawyer for George Floyd’s family, told supporters on Monday, just as witnesses began to give testimony during the trial, that the world was focused on the case of the former police officer Derek Chauvin in the death of Mr. Floyd.

“America is on trial to see if we have gotten to the place where we can hold police accountable if they break the law,” the reverend, a longtime civil rights activist, said outside the Hennepin County Courthouse. “The law is for everybody. Policemen are not above the law. Policemen are subject to the law, and that’s what’s going on in this courtroom.”

Mr. Crump said the trial would be a moment for America to show the rest of the world that it remained the “standard-bearer when it comes to liberty and justice for all.”

“George Floyd galvanized cities all across America, and all across the world, when that video, that video of torture was viewed millions and millions of times,” Mr. Crump said. “The whole world is watching.”

Mr. Crump was among the lawyers who represented Mr. Floyd’s relatives in their lawsuit against the City of Minneapolis. This month, the city agreed to pay $27 million to the family, a settlement that is one of the largest of its kind.