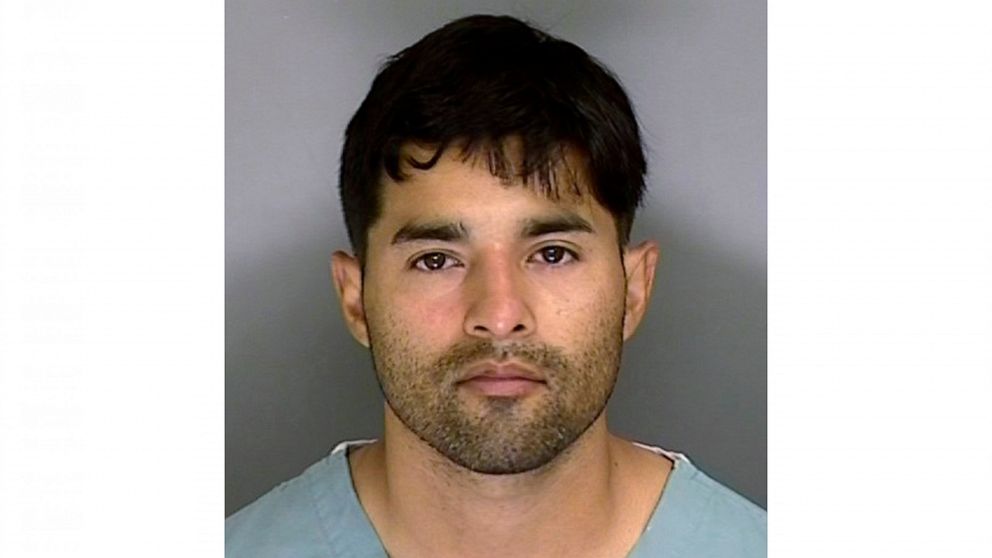 DUBLIN, Calif. — An Air Force sergeant pleaded not guilty Thursday to murder charges in the ambush killing of a sheriff’s deputy, one of two killings of law enforcement officers he is suspected of committing in Northern California last spring.

Steven Carrillo, who officials say is associated with the extremist anti-government “boogaloo” group, entered the plea in the June 6 death of Santa Cruz Sgt. Damon Gutzwiller in Ben Lomond, a town in the Santa Cruz mountains south of San Francisco, the East Bay Times reported.

Authorities said Carrillo, 32, ambushed Gutzwiller and other sheriff’s deputies while they responded to a report of a van containing firearms and bomb-making materials. Gutzwiller, 38, was killed and several other law enforcement officials were wounded, according to authorities.

Carrillo also faces federal murder and attempted murder charges after he allegedly sprayed bullets on May 29 across a guard shack in front of a federal building in Oakland, killing David Patrick Underwood, a federal protective service officer, and wounding another officer.

The killings happened amid protests against police brutality following the killing of George Floyd while in police custody in Minneapolis. Last month, he pleaded not guilty in federal court to murder and attempted murder in that case.

Vice President Mike Pence referenced Underwood’s killing in his Wednesday evening speech at the Republican National Convention. Pence said Underwood was “shot and killed during the riots in Oakland, California.”

The FBI has said that Carrillo and his co-defendant in the federal case, Robert Justus, traveled to Oakland to assassinate law enforcement officers but were not part of a protest that night that came in the wake of Floyd’s killing.

Underwood’s killers picked that day because they knew local police would be distracted by the protests, according to federal authorities.