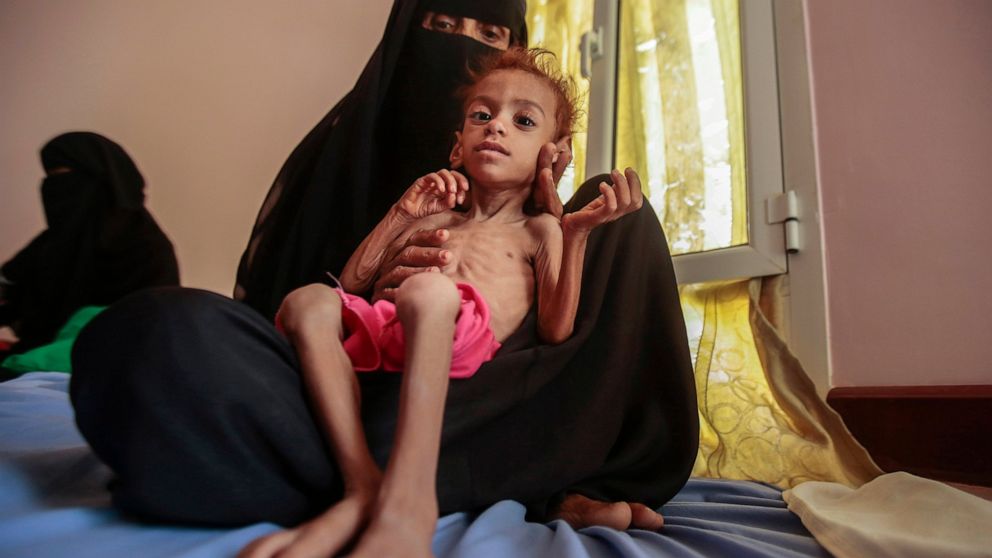 The U_N_ humanitarian chief is urging the United States to reverse its decision to declare Yemen’s Houthi rebels a terrorist group, warning its action will likely lead to “a large-scale famine on a scale that we have not seen for nearly 40 years.”

UNITED NATIONS — The U.N. humanitarian chief is urging the United States to reverse its decision to declare Yemen’s Houthi rebels a terrorist group, warning that the designation will likely lead to “a large-scale famine on a scale that we have not seen for nearly 40 years.”

Mark Lowcock planned to make the appeal in a speech to the U.N. Security Council on Thursday, a copy of which was obtained by The Associated Press.

“Already, about 50,000 people are essentially starving to death in what is essentially a small famine,” he said. “Another 5 million are just one step behind them.”

Lowcock said every decision made now must take this into account.

Stressing that the terrorist designation has companies pulling back from dealing with Yemenis, Lowcock warned that famine will not be prevented by the licenses the United States has said it will introduce so some humanitarian aid and imports can continue to reach Yemen.

“What would prevent it? A reversal of the decision,” Lowcock said.

He said Yemen imports 90% of its food, nearly all purchased through commercial channels, so aid shipments cannot be enough to stave off hunger.

Six years of war between a U.S.-backed Arab coalition and the Houthi rebels have been catastrophic for Yemen, killing more than 112,000 people and wrecking infrastructure from roads and hospitals to water and electricity networks. It began with the Houthi takeover of the north in 2014, which prompted a destructive air campaign by the Saudi-led coalition, aimed at restoring the internationally recognized government.

Lowcock, the undersecretary-general for humanitarian affairs, said the U.N. talked to commercial traders when the U.S. first raised the possibility of designating the Houthis as terrorists, and they said they weren’t sure they would be able to continue importing food.

After the U.S. announcement, Lowcock said, the U.N. went back to the traders and “the Yemeni companies who bring in most of the food are using words like `disaster,’ `havoc’ and `unimaginable’ when they describe to us what they fear is coming.”

He said global suppliers, bankers, shippers and insurers for Yemen companies are “very risk-averse” and some are now phoning their Yemeni partners saying “they now plan to walk away from Yemen altogether.”

“They say the risks are too high,” Lowcock said. “They fear being accidentally or otherwise caught up in U.S. regulatory action which would put them out of business or into jail.”

He said some hope they can keep going but if they can “their best-case estimate is that costs could go up by 400 percent” which would make it too expensive for many importers to do business and too expensive for Yemenis to buy food.