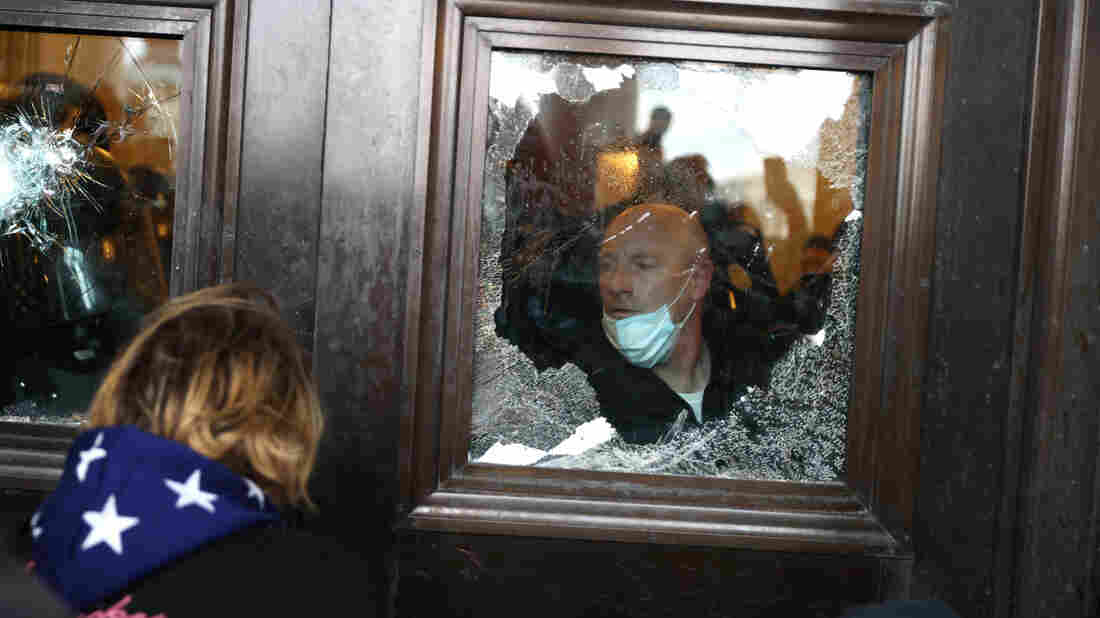 A Capitol police officer looks out of a broken window as pro-Trump rioters storm into the building on Jan. 6. Tasos Katopodis/Getty Images hide caption 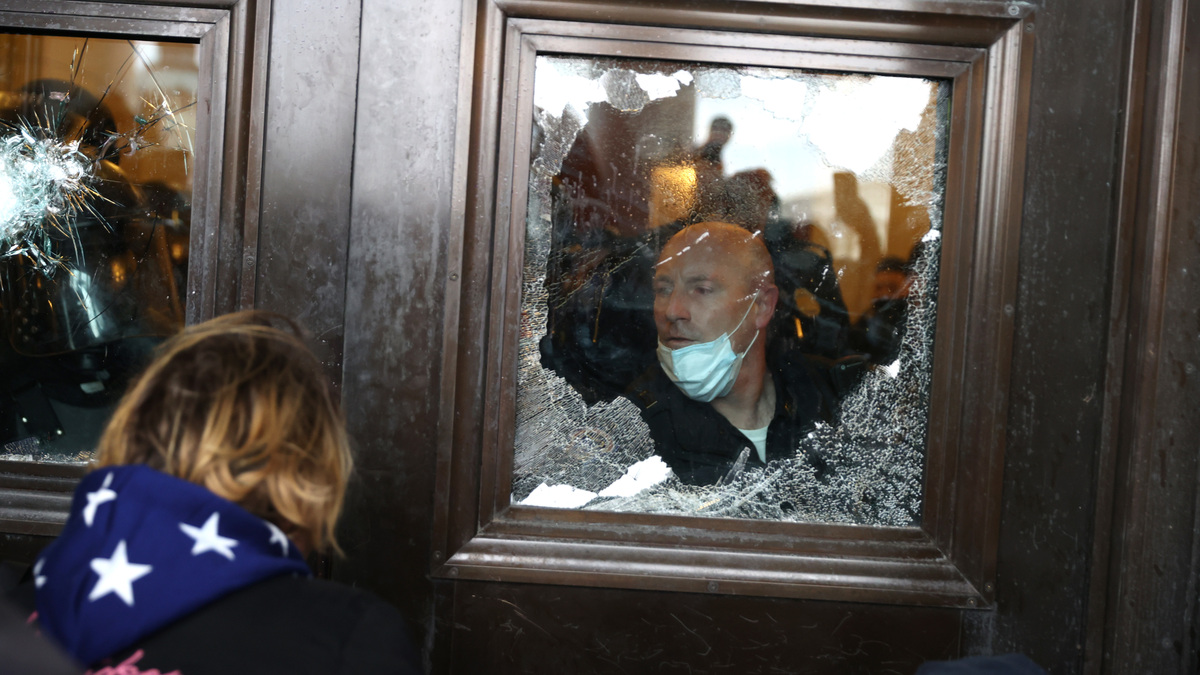 A Capitol police officer looks out of a broken window as pro-Trump rioters storm into the building on Jan. 6.

Members of Congress on Thursday will hear for the first time public testimony from the U.S. Capitol Police inspector general that will detail the most extensive findings yet in the wake of the Jan. 6 insurrection.

The inspector general, Michael Bolton, will tell a congressional committee in prepared remarks that the agency must pivot from its reactionary role as a police department to one that works in a protection posture to deal with rising threats to the Capitol.

U.S. Capitol Police responded Wednesday to reports of Bolton’s findings by acknowledging that “much additional work needs to be done,” but that it will need “significant resources” from Congress to implement the new changes.

“January 6 was a pivotal moment in USCP, U.S. and world history that demonstrated the need for major changes to the way USCP operates,” the agency said in a statement.

Lawmakers will hear more about those major changes needed in a hearing before the House Administration Committee that will feature Bolton and his findings after submitting to them a 104-page report detailing a litany of concerns.

The panel’s chair, Rep. Zoe Lofgren, called for the testimony after receiving a briefing from Bolton last month. Lofgren, D-Calif., has said the report provides “detailed and disturbing findings and important recommendations.”

Bolton’s report — which was labeled law enforcement sensitive and was obtained by NPR but has not been made public in its entirety — said Capitol Police mishandled intelligence gathering ahead of the attack. Bolton said some of the agency’s own intelligence offered a “more alarming” warning that Congress itself was a target.

On Wednesday, Capitol Police said it is working to streamline those efforts now.

Bolton’s review, which was launched in the wake of the January siege and completed in March, said officers were hindered by leadership decisions and equipment deficiencies that left the force severely unprepared to respond to the attack.

“These men and women were betrayed by their leadership and put in an unwinnable situation, and now we’re dealing with the fallout of that,” said Ohio Democratic Rep. Tim Ryan, who chairs the House Appropriations subpanel that oversees the agency.

Lawmakers also say the findings raise the stakes in ongoing talks to reform the agency and take up a supplemental security funding measure.

“I think absolutely it does,” Hoyer said, later adding, “we need to be much more vigilant and much better prepared.”

Hoyer says Congress could take up the supplemental funding measure, with a price tag as high as $2 billion, later this month.

Lawmakers will also hear on Thursday how Bolton’s review faulted Capitol Police for not prioritizing its Civil Disturbance Unit — also known as its CDU. The division plays a critical role in the response to such emergencies, but the majority of its officers had not completed required annual training for the last few years, the report said.

“CDU was operating at a decreased level of readiness as a result of a lack of standards for equipment, deficiencies noted from the events of January 6, 2021, a lapse in certain certifications, an inaccurate CDU roster, staffing concerns for the unit, quarterly audits that were not performed, and property inventories not in compliance with equipment,” the report said.

Bolton also said interviews with department officials “revealed inconsistencies in the types of planning documents USCP should have prepared for January 6” and that documents former Police Chief Steven Sund said existed prior to the attack could not be located.

Current and former security leaders at the Capitol, including Sund, have defended their actions before and during the attack.

On Wednesday, Capitol Police said they acknowledge “the importance of developing more comprehensive Civil Disturbance Unit (CDU) policies,” as well as ensuring training and certifications are up to date and that equipment is properly maintained.

The watchdog report also noted a series of leadership directives that it said ultimately set back the police response the day of the insurrection.

For example, officers were directed by leaders not to use less-lethal weapons to disperse crowds, such as sting balls or stun grenades commonly used by other law enforcement agencies.

Also, officers reported protective gear that was “cumbersome” and aging equipment, such as riot shields that shattered upon impact during the siege.

Capitol Police on Wednesday said they were delayed by the pandemic in addressing those concerns.

“Though the Department has made progress in certain areas, it acknowledges much additional work needs to be done,” the agency said in its statement.

Despite Bolton’s lengthy review, Ohio Congressman Ryan noted that this is still the beginning of the probe into the insurrection.

“There’s going to be more reports, more criticism, more finger-pointing, more process, more arrests of the people who perpetrated the crimes on Jan. 6,” Ryan said. “So this is going to be something we are all going to deal with for a while.”