Agency to vote on fracking ban near Delaware River 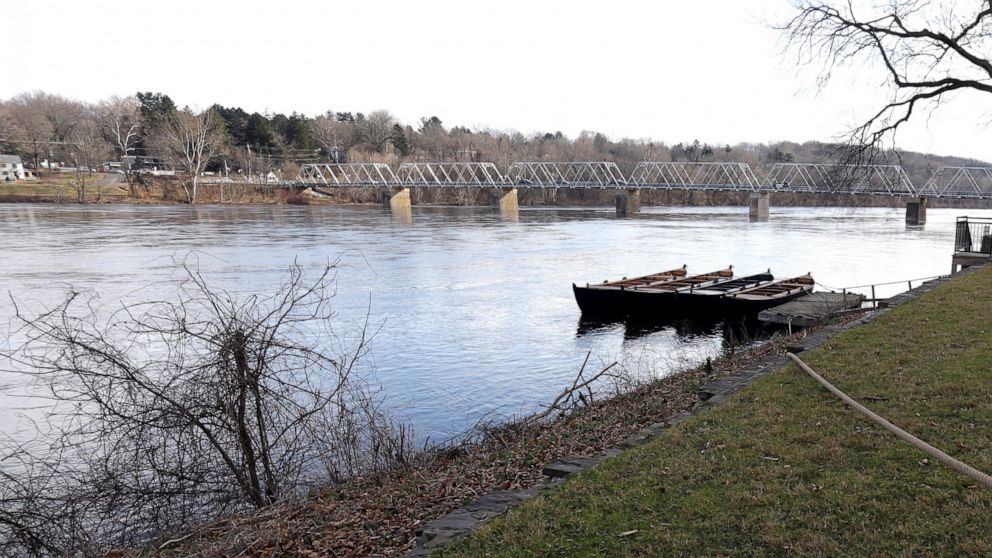 A regulatory agency that’s responsible for the water supply of more than 13 million people in four Northeastern states voted Thursday to permanently ban natural gas drilling and fracking near a crucial waterway, asserting that gas development poses an unacceptable risk.

The Delaware River Basin Commission cited “significant immediate and long-term risks” from gas extraction, saying in a resolution that drillers have “adversely impacted surface-water and groundwater resources, including sources of drinking water, and have harmed aquatic life in some regions.”

The ban applies to two counties in Pennsylvania’s northeastern tip that are part of the nation’s largest gas field, the Marcellus Shale. Nearly 13,000 wells have been drilled elsewhere in the vast Marcellus formation, turning Pennsylvania into the nation’s No. 2 gas-producing state.

“The fracking ban in the Delaware River Basin is a momentous victory for public health, the environment, and against climate change,” said Kimberly Ong, an attorney at the Natural Resources Defense Council.

Republican state lawmakers in Pennsylvania as well as a landowners group have filed lawsuits challenging the commission’s right to regulate gas development in the watershed. A lawyer for the GOP legislators accused the basin commission, which is controlled by Democrats, of trying to “game the system” by imposing a ban while the litigation is pending.

“Certainly my view is that DRBC took this step in direct reaction to what I presume is their fear about our lawsuit,” said the lawyer, Matt Haverstick. “I think the right thing for the DRBC to do would be to let the court actions play out, especially since it was content to do nothing for a decade.”

Thursday’s vote was 4-0, with the federal government’s representative abstaining. The other members of the commission are the governors of Pennsylvania, New York, New Jersey and Delaware, or their designees.

Drilling opponents have long contended that large-scale gas exploration could not be done safely so close to crucial waterways and renowned fisheries. The Delaware and its tributaries supply drinking water to Philadelphia, half the population of New York City and many other locales.

In making permanent a moratorium that had been in place since 2010, the commissioners said they worried about the possibility of uncontrolled methane migration through faults and fractures in the shale, surface spills of toxic fracking fluids and drilling wastewater, and well failures. Gas drillers have damaged at least 374 private water supplies since arriving in Pennsylvania more than a decade ago.

Business and industry groups condemned the ban as an affront to private property rights, and said it was foolhardy to constrain energy production, pointing to last week’s deadly blackout in Texas.

“It is quite clear the region and nation rely heavily on Pennsylvania’s resources to keep the lights on, and we must oppose any efforts to restrict the production and transmission of our natural resources,” said David Callahan, president of the Marcellus Shale Coalition, an industry group.

Industry officials pointed to studies by a neighboring regulatory agency, the Susquehanna River Basin Commission, that found no link between intensive gas drilling in the Marcellus and degradation of the watershed.

“There is no support to any claim that drilling results in widespread impacts to drinking water, rivers or groundwater,” said Gene Barr, chief executive of the Pennsylvania Chamber of Business and Industry. “This was a political decision uninformed by science.”

Energy companies combine horizontal drilling with hydraulic fracturing, or fracking, a technique that injects vast amounts of water, along with sand and chemicals, underground to break up the gas-bearing shale. The drilling methods spurred a U.S. production boom in shale gas and oil.

The basin commission had spent years developing environmental regulations for the gas industry before reversing course in 2017 and signaling it would enact a permanent ban.

The commissioners stripped out draft provisions that could have allowed the industry to draw water from the river and its tributaries for hydraulic fracturing outside the region, and to dispose of fracking wastewater within the Delaware watershed.

The commissioners, instead, ordered DRBC staff to develop separate regulations. Those regulations could turn into a prohibition, which is what environmentalists are pushing.

Conservation officials once estimated that gas companies had leased more than 300 square miles of Delaware River watershed land. The drillers have long since pulled up stakes because of the de facto ban, dismaying farmers and other landowners seeking a financial windfall.