AG: Time for former Alabama speaker to go to prison 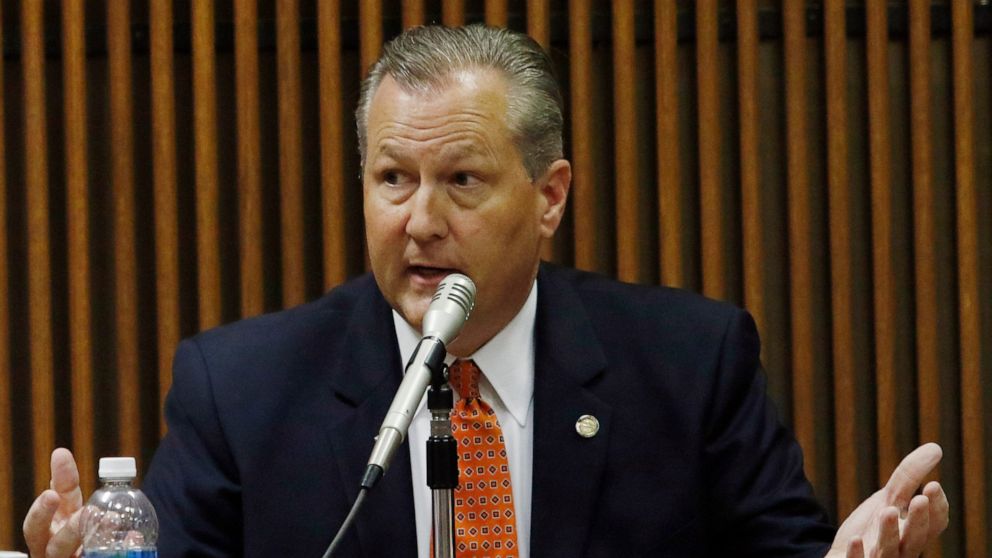 MONTGOMERY, Ala. — The Alabama Supreme Court on Friday refused to reverse its decision upholding much of the 2016 ethics conviction of former House Speaker Mike Hubbard, and the state attorney general said it’s time for the once-powerful Republican to report to prison.

Without comment, justices turned down Hubbard’s request to rehear his case. The Alabama Supreme Court this spring overturned five of the counts in Hubbard’s ethics convictions while upholding six others. Prosecutors accused Hubbard of leveraging his powerful public office to obtain clients and investments for his businesses. His defense lawyers maintained the transactions were all aboveboard.

“The long road to justice is finally nearing its end for former Speaker Mike Hubbard,” Marshall said in a statement, adding that “all that remains is for him to report to the Lee County Sheriff’s Office to be processed and turned over to the Alabama Department of Corrections.”

“Mr. Hubbard can no longer avoid being held accountable for his flagrant violations of Alabama’s ethics law,” Marshall said.

Hubbard’s attorney, David McKnight, said he is disappointed in the outcome and is reviewing options, which could involve additional appeals or seeking a reduced prison sentence since some counts were overturned. The attorney general’s office previously said his four-year sentence should be unchanged since the sentence was concurrent and not impacted by the overturned counts.

“The next step for review of the remaining counts against Mike, that were not reversed by the Alabama appellate courts, is review by the United States Supreme Court. We have recommended this to Mike, and are optimistic that a full measure of appellate relief can be obtained in this manner,” Joel Dillard, another of Hubbard’s attorneys, wrote in an email.

Hubbard was for years one of the state’s most powerful politicians until the conviction ended his career.

Hubbard, the architect of the GOP’s takeover of the Alabama Legislature in 2010, was a legislator from Auburn and former chairman of the Alabama Republican Party. He was elected House speaker soon after the Republicans consolidated their control.

Hubbard was automatically removed from office after his 2016 felony conviction. A judge sentenced Hubbard to four years in prison, but he has been free on bond as he appeals his conviction.

Many of the counts against Hubbard involve his work as a consultant. His defense argued those contracts were legitimate work and unrelated to his position as House speaker. The state argued that Hubbard was hired because of his political position, and therefore the pay he received violated the prohibition against giving a “thing of value” to an elected official.

In upholding the conviction this spring, justices noted that when contacting a company for one client, Hubbard “identified himself as a state legislator and as Speaker of the House of Representatives.” They also noted how one company executive wrote in an email that Hubbard could get the company, “in front of any speaker in the country regardless of party.”

“As we’ve previously stated, this case was not just a trial of former Speaker Hubbard’s misconduct, but also a test of our ethics law. Hubbard campaigned in 2010 on the message that Alabama ‘sorely needed’ a stronger ethics law. Our ethics laws must be strengthened and protected in order to prevent a repeat of such cavalier violations in the future,” Marshall said.