After the Riot, What’s the Future of Art in the Capitol? 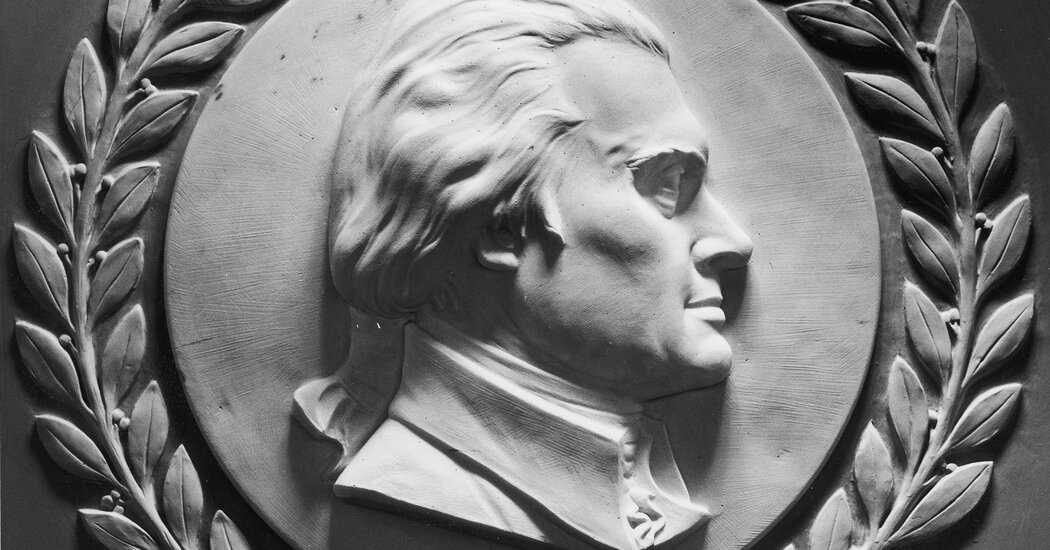 In the culture wars that spilled over during President Donald Trump’s time in office, the most visible flash point was whether to preserve or destroy monuments depicting figures from America’s racist history.

The former president even went so far as to veto a military spending bill because it included a provision to rename bases commemorating Confederate officials. (Congress overrode the veto.)

But when a crowd of Trump’s supporters stormed the Capitol on Jan. 6, the riot actually ended up doing damage not only to the building itself, but also to some of the monuments and busts on display there, including those depicting Thomas Jefferson and James Madison, two presidents who owned enslaved Black people — the sorts of figures whose statues have been felled at recent Black Lives Matter protests.

Testifying today before a congressional subcommittee, Farar Elliott, the House curator and head of its Office of Art and Archives, said that six sculptures and two paintings had been damaged amid the violence last month, and she requested an additional appropriation of $25,000 to restore the objects. The damaged pieces include busts of four former House speakers, a bust of the Chippewa leader Be sheekee, a statue of Jefferson and portraits of Madison and John Quincy Adams. The damage was caused largely by chemical irritants released into the air, including bear repellents and pepper spray.

Beyond the immediate irony that Trump supporters, who were opposed to tearing down statues of Confederate leaders, damaged historical artwork in the country’s seat of power, the moment invites a few questions of its own: What monuments belong in the Capitol? And, if it’s worth extra federal dollars to restore damaged homages to slave owners like Jefferson and Madison, then is it also worth spending money to expand the collection?

Sarah Lewis, an art historian at Harvard University, wrote in an email that “the battleground of art and culture” has been used throughout the country’s history “to create narratives that would legitimate who counts and who belongs in society.”

Lewis pointed to the work of Bryan Stevenson, a lawyer and activist, as pushing to expand the notion of who is seen as worthy of being celebrated and historicized — and, by extension, who is remembered as being fully human. Stevenson’s Equal Justice Initiative recently erected the country’s first major memorial to the legacy of slavery in the United States, and to the lives of enslaved Black people and their descendants.

By comparison, even though it was built largely by enslaved laborers, the Capitol includes only one small object recognizing their lives and work: a slab of sandstone bearing a plaque, titled the Slave Labor Commemorative Marker, that was unveiled in 2012.

“Every object in the Capitol is a marker of the debates about who fought for a right to belong in the United States,” Lewis said. “It is everywhere, from the buildings erected by enslaved men and women to commissioned paintings, to even the dome of the Capitol overseen by Congressman Jefferson Davis.”

And when it comes to ensuring that difficult aspects of the nation’s history are preserved, even some lawmakers are saying the conversation shouldn’t be relegated to figures from the past.

Two Democrats, Representatives Dean Phillips of Minnesota and Andy Kim of New Jersey, have called for preserving the damaged glass door panes leading to the Rotunda that were cracked during the Capitol riot.

In a letter to the House leadership, Phillips and Kim wrote: “Throughout the Capitol, keen eyes can still find impressions of our history, including chisel marks on the columns in the crypt left by those enslaved by early Americans to build the Capitol, a bullet hole in the desk of Republican leadership in the House chamber from the 1954 attack by Puerto Rican nationalists, and an inlay patch on the desk of traitorous former Senator Jefferson Davis marking where Union soldiers attacked the desk with bayonets during the Civil War.

“Just as these reminders of our complicated past remain, so too must some of the damage caused by the insurrectionists on Jan. 6, 2021.”

Mabel Wilson, an architecture professor at Columbia University and the author of “Negro Building: Black Americans in the World of Fairs and Museums,” said in an interview that some remembrances of Jan. 6 ought to join — or perhaps replace — the memorials to former Confederate soldiers and politicians that still stand in the Capitol.

“It’s important that it doesn’t get covered up, but that it is remembered,” Wilson said of the Capitol riot. “Because it’s important to realize what we’re capable of as a nation. As astonishing as it was, it did happen, it was real and it could easily happen again.”

Representative Katherine Clark of Massachusetts asked today whether the House curator’s office planned to take “some artifacts of what occurred on Jan. 6” into its collection. Elliott said that her first priority was to “make sure that we conserve and treat and clean the objects that already exist in the collection.”

But then, she mentioned the need to ask an ongoing question: “What are the artifacts that tell the story of the people’s house, right until today?”