After Russia Invaded Ukraine, a U.S. Nonprofit Shifted Its Mission 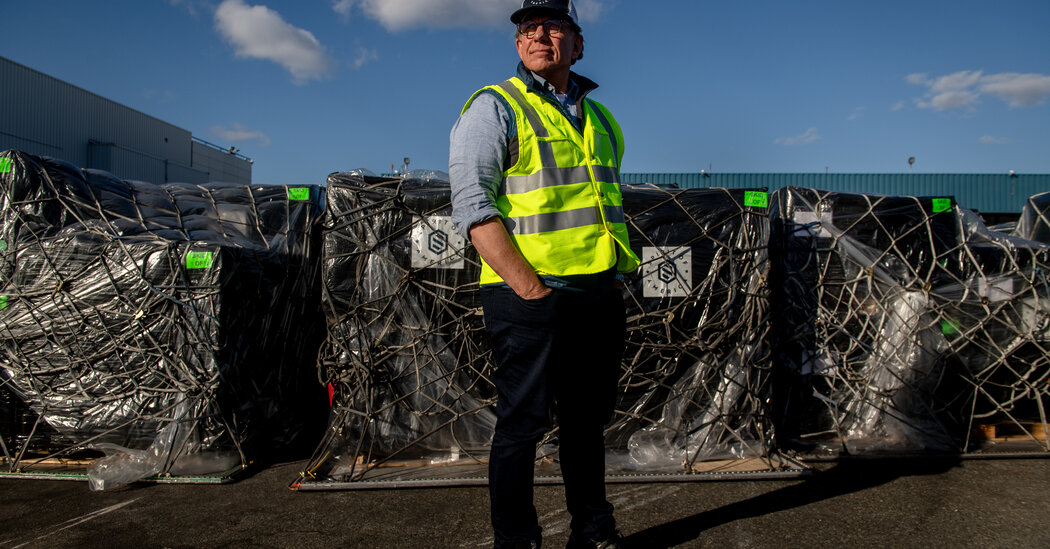 WASHINGTON — Jim Hake began working in Ukraine in 2015, the year after Russia annexed the Crimean Peninsula. His nonprofit, Spirit of America, supplied medical kits to the Ukrainian military and assisted U.S. programs to counter Russian propaganda.

But when Russia launched a full-scale invasion of Ukraine in February, the group put aside those efforts and focused on providing basic, nonlethal military supplies — and figuring out how to get the items into the country quickly.

A variety of groups have given millions of dollars in nonlethal aid to Ukraine since Russia invaded. Several in addition to Spirit of America, like Direct Relief, Mercy Corps and Save the Children, have years of experience in the country. Others, including some of the veterans’ organizations that helped evacuate Afghans after the U.S. withdrawal from Afghanistan, are newer and just started working in Ukraine.

But Spirit of America’s deep contacts with the Ukrainian military and American diplomats in the region set it apart.

On Wednesday, a second Boeing cargo jet of supplies from Spirit of America landed in Poland, en route to Ukraine, as the group readjusts to help a society that went onto full wartime footing overnight. Since the invasion, Spirit of America has delivered $7.2 million worth of medical equipment, Kevlar vests, drones and communication gear.

The U.S. government does not prohibit nonprofits from delivering aid in conflict zones. But any group providing firearms, munitions or other military equipment is subject to regulations on international traffic in arms and must obtain a license from the State Department before shipping such weaponry.

Because of those regulations, and to avoid accusations they are making a conflict more deadly, most groups leave the provision of lethal aid and weapons to the U.S. government and its allies. Instead, they focus on assistance that is aimed at saving lives, not taking them.

Getting the right aid to the right place is also critically important. Clothes and toys sent after a disaster are sometimes of little use and can do more harm than good if they overwhelm relief efforts. Spirit of America is working directly with Ukrainians to identify the specific needs of frontline troops and civilian volunteers.

Originally an entrepreneur and business executive, Mr. Hake founded the group in 2003 to aid U.S. military deployments. It began by providing supplies that soldiers and Marines could distribute to local populations in Iraq and Afghanistan, but later took on more ambitious projects.

Many nonprofit groups that provide aid in wartime situations adhere to a kind of battlefield neutrality, in hopes that offers some sort of protection for their workers. But Spirit of America declares that it is “not neutral.” When working in conflict zones, the group says it is openly choosing a side and backing American foreign policy goals. In Ukraine, that has meant supporting the Ukrainian government and pushing back against Russian aggression.

In most of the conflict zones where Spirit of America has operated, the U.S. embassy or military has helped guide its donations. But in this war, Mr. Hake has worked with Ukrainian contacts, including the territorial defense forces.

Much of Spirit of America’s aid has flowed through Ruslan Kavatsiuk, who in 2016 helped the group found a radio station in Ukraine called Army FM to counter Russian propaganda. He also assisted the group in setting up mobile communications teams that helped frontline Ukrainian units recognize and combat disinformation. At the time, Russia was blanketing eastern Ukraine, where Russia-backed separatists were battling government forces, with disinformation aimed at getting Ukrainian soldiers to defect.

After stepping down from his advisory role with the Ukrainian military, Mr. Kavatsiuk became deputy director of the Babyn Yar Holocaust memorial in Kyiv. Like many Ukrainians, he expected Russia to intensify its war in eastern Ukraine, but not to launch a full invasion.

Soon after Russian forces came over the border, his home in a Kyiv suburb was destroyed, and many of his neighbors were killed in the fighting. In early March, a Russian airstrike hit an older building at the memorial.

With his country at war, Mr. Kavatsiuk set up a training center in western Ukraine for what he calls highly motivated but unskilled Ukrainians. Working with military trainers from the United States and Britain, he helped create crash courses on basic military tactics and battlefield medicine. Classes in combat truck driving and slightly more advanced infantry were later added.

Mr. Hake directed his group’s first shipments to Mr. Kavatsiuk. Some equipment has stayed at the training center for new recruits, but Mr. Kavatsiuk has begun driving more of it to army brigades on the front lines.

“I took the first shipment to Kyiv, distributed the supplies, and then we took back the wounded to hospitals in western Ukraine,” he said.

Before the invasion, Spirit of America had been considering new projects to counter rising amounts of Russian disinformation falsely claiming that Ukraine was aligned with Nazism and was plotting a genocide against ethnic Russians. But those plans had to be put on hold, Mr. Hake said, as his team confronted the urgent task of getting vehicles, body armor and tourniquets into Ukraine.

“Right now it’s not so much about the narrative, it’s about helping people stay alive,” Mr. Hake said.

But the earlier initiatives are still going. Army FM continues to broadcast, and the mobile communications teams are still at work with troops.

Improving supply lines into Ukraine, and throughout the country, has been a focus of Spirit of America’s recent efforts. Working with Mr. Kavatsiuk and others, the group is setting up a new logistics hub to direct future supplies, and giving vehicles and body armor to Ukrainian organizations that are trying to move aid into cities.

Spirit of America has scheduled a third cargo flight and hopes to continue raising enough money to send a flight every 10 days.

“This is the moment our organization was built for,” Mr. Hake said.