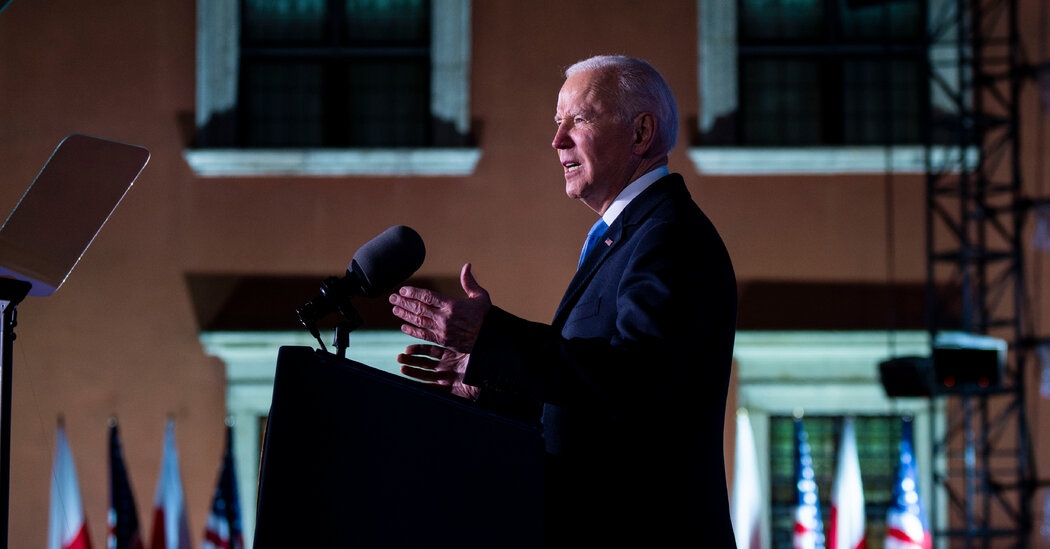 “The administration has done everything they can to stop escalating — there’s not a whole lot more you can do to escalate than to call for a regime change,” he told CNN’s “State of the Union.”

Representative Michael McCaul of Texas, the top Republican on the House Foreign Affairs Committee, suggested the impromptu comment threatened to overshadow the discussions over how to continue to assist Ukraine in its fight against Russia.

Most of the reaction on Sunday did not seem to significantly undermine the administration’s relationship with allies that have joined in issuing sanctions against Russia.

Mr. Biden had used words “that must make Putin clearly understand that he has to stop,” Italy’s foreign minister, Luigi Di Maio, said on Saturday night. Mr. Biden made “a very clear speech, he used resolute words,” Mr. Di Maio said. “But let’s remember that on the other side, Putin uses bombs.”

Nadhim Zahawi, Britain’s education secretary, echoed the White House’s clarification, saying he was sure that both the United States and Britain agreed that the Russian people should decide how they wished to be governed.

“The Russian people will decide the fate of Putin and his cronies,” Mr. Zahawi said.

And Julianne Smith, the U.S. ambassador to NATO, suggested that Mr. Biden’s declaration was a reaction to the human cost of war he had witnessed during the three-day diplomatic trip to Europe. Noting that Mr. Biden had visited refugees before his speech in Warsaw, she said his remarks were “a principled human reaction.”

But, she insisted on “State of the Union,” “the U.S. does not have a policy of regime change in Russia. Full stop.”