After being used to spread disinformation, Facebook seeks to limit election chaos. 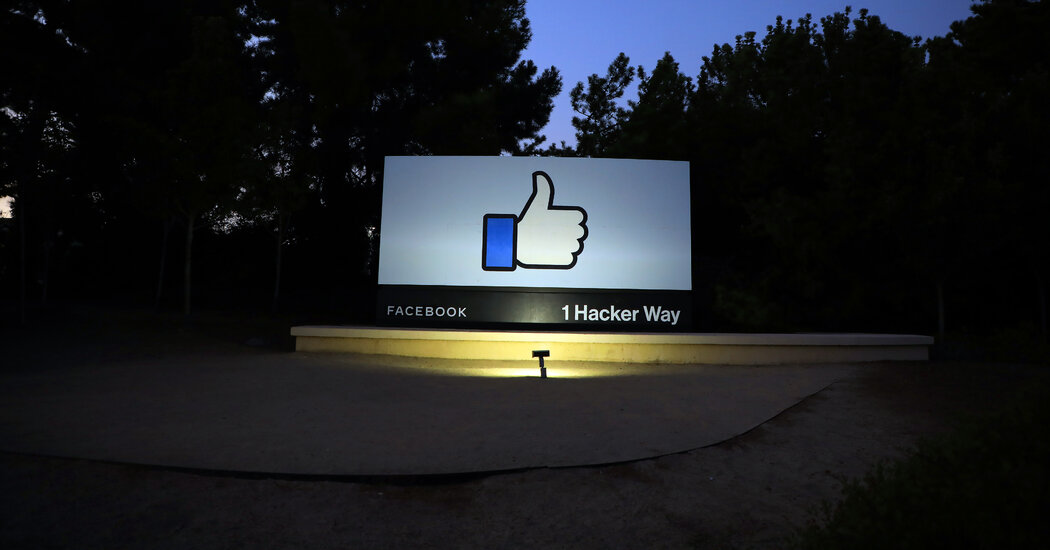 Facebook moved on Thursday to clamp down on confusion about the November election on its service, rolling out a series of changes to limit voter misinformation and prevent interference from President Trump and other politicians.

The social network said it would ban any new political ads on its site in the week before Election Day. It said it would also strengthen measures against posts that try to dissuade people from voting. Postelection, Facebook said it would quash any candidates’ attempts at claiming false victories by redirecting users to accurate information on the results.

Facebook has become a key battleground for Mr. Trump’s and Joseph R. Biden Jr.’s campaigns. The Trump campaign has run ads on the social network featuring false corruption accusations about Mr. Biden. Mr. Biden’s campaign has criticized Facebook for allowing lies, while also spending millions of dollars to buy ads on the service to appeal to voters.

Thursday’s changes, a tacit acknowledgment by Facebook of its power to sway public discourse, did not satisfy critics who said temporarily blocking the ads would do little to reduce misinformation and that the social network should go further.

Tara McGowan, the chief executive of the liberal nonprofit group Acronym, said in a statement that right-wing publishers on Facebook, such as Breitbart, would fill the vacuum.

“By banning new political ads in the final critical days of the 2020 election, Facebook has decided to tip the scales of the election to those with the greatest followings on Facebook — and that includes President Trump and the right-wing media that serves him,” she said.

The Trump campaign was equally critical. “When millions of voters will be making their decisions, the president will be silenced by the Silicon Valley mafia, who will at the same time allow corporate media to run their biased ads to swing voters in key states,” said Samantha Zager, a campaign spokeswoman.

Facebook has continued to face criticism as domestic misinformation about this year’s election — including from Mr. Trump — has proliferated. Mr. Zuckerberg has declined to remove much of that false information, saying that Facebook supports free speech. Many Facebook employees have objected to that position.

On Tuesday, Facebook said the Kremlin-backed group that interfered in the 2016 presidential election, the Internet Research Agency, tried to meddle on its service again using fake accounts and a website set up to look like a left-wing news site. Facebook said it was warned by the F.B.I. about the effort and removed the fake accounts and news site before they had gained much traction.