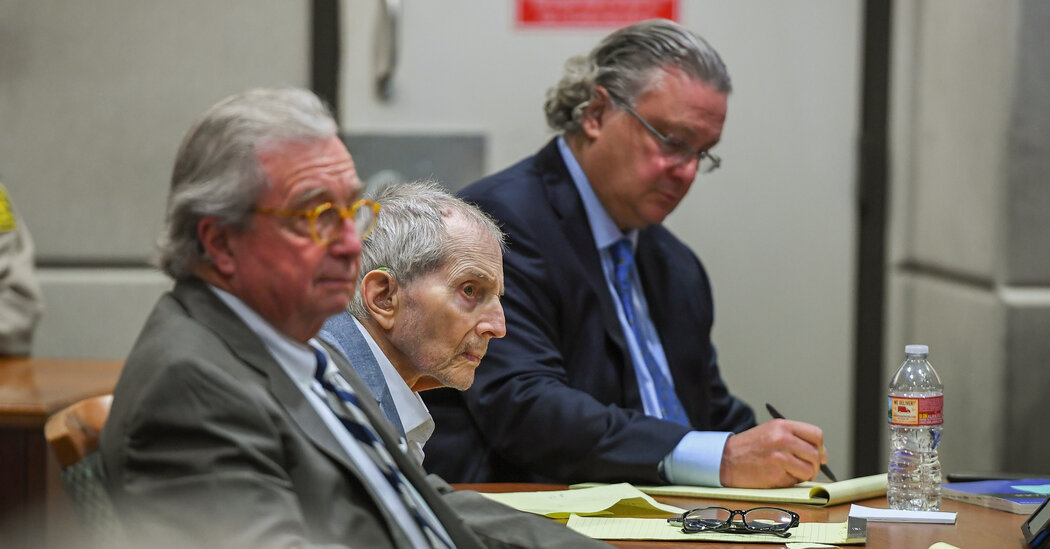 His defense team, led by Dick DeGuerin, has told the jury that there was no hard evidence linking him to Ms. Berman’s death. The HBO documentary, Mr. DeGuerin said, was a Hollywood concoction designed to make Mr. Durst look bad. Prosecutors say the documentary, which will not be played in court, shows Mr. Durst in his own words.

In its opening statement last year, the defense said Mr. Durst fled after finding Ms. Berman’s body when he went to visit her around Christmas.

“Yes, Bob found the body of Susan Berman on Dec. 23, 2000, and he notified police of her body as he wrote what police call the ‘cadaver note,’” David Chesnoff, another lawyer on the defense team, told the jury. “But he didn’t murder Susan.”

Mr. Durst plans to testify and is expected to undergo a withering cross-examination by Mr. Lewin, a prosecutor who specializes in cold cases. Mr. Durst’s brother Douglas, who oversees the Durst family’s $5 billion real estate empire, is a witness for the prosecution, as is Nick Chavin, a longtime friend of Mr. Durst’s.

In recent months, the defense has unsuccessfully argued for a mistrial based on the unusually long delay in the proceedings and federal court rulings. Most recently, the defense sought an emergency order suspending the trial because they said Mr. Durst — who has numerous medical issues — was physically incapable of assisting in his own defense.