Afghan Embassy, Now Out of Money, Will Shut Down, U.S. Says 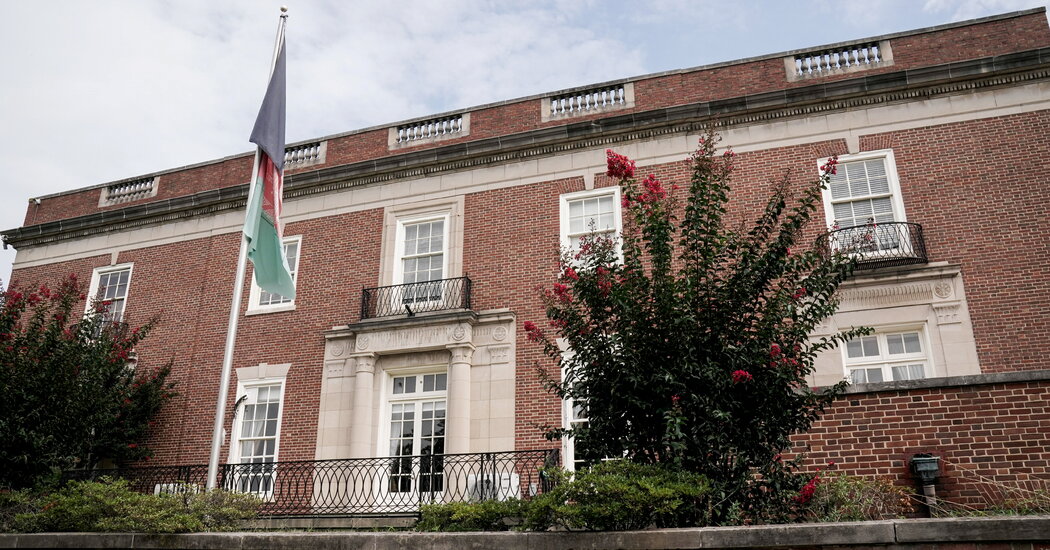 WASHINGTON — Without the backing of a recognized government or money to keep the lights on, Afghanistan’s embassy to the United States is shutting down, State Department officials said on Friday.

Afghan diplomats, who were appointed by the former U.S.-backed government and could be under threat by the ruling Taliban if they return home, have 30 days to apply for residency or temporary humanitarian parole to remain in the United States before they risk being deported, the officials said. Although they would not be sent back to Afghanistan, it is not clear where else the diplomats would go, said the officials, who openly hoped the situation would not reach that point.

Around 25 diplomats — about one-fourth of the estimated 100 who worked at the Afghan Embassy in Washington or the country’s consulates in New York and Los Angeles — have yet to apply to remain, said two State Department officials who spoke on condition of anonymity to discuss the sensitive issue more frankly.

The development caps a sad saga for Afghan envoys, whose assignment to the United States had marked the pinnacle of their diplomatic careers before being thrown into doubt with the Taliban’s takeover of their government in August.

Two months later, Citibank froze the embassy’s bank accounts to avoid violating American sanctions against the Taliban. The economic penalties were imposed years ago, when the Taliban were designated a global terrorist organization. Now that it runs the Afghan government, the Taliban in theory control the country’s central bank, prompting Citibank to seize what one Afghan envoy had described as several hundred thousand dollars in the embassy’s account.

That has meant that at least several dozen Afghan diplomats have not been paid since October, and have been living on savings or forced to borrow money to stay afloat. In some cases, envoys have moved their families into cheaper homes to make ends meet.

The Afghan ambassador to the United States, Adela Raz, did not respond to a message seeking comment Friday evening, and other diplomats who worked for her could not be reached.

Most of the world, including the United States, does not recognize the Taliban as a legitimate government. Until that happens — if it ever does — officials said the State Department would not accredit any diplomats the Taliban sends to Washington.

For now, the State Department will oversee the maintenance and security of three properties the Afghan government owns in the United States: a stately Colonial Revival embassy building in Washington, a consulate in Los Angeles and the Long Island residence of the consul general in New York.

One of the officials described the development as an unfortunate situation and urged the Afghan diplomats to apply for residency or temporary parole as a way to qualify for work permits and, in turn, find jobs to support themselves.

They will join more than 100,000 Afghan applicants who are hoping to remain in the United States in a process that has overwhelmed the Biden administration since Kabul, the Afghan capital, fell in August.