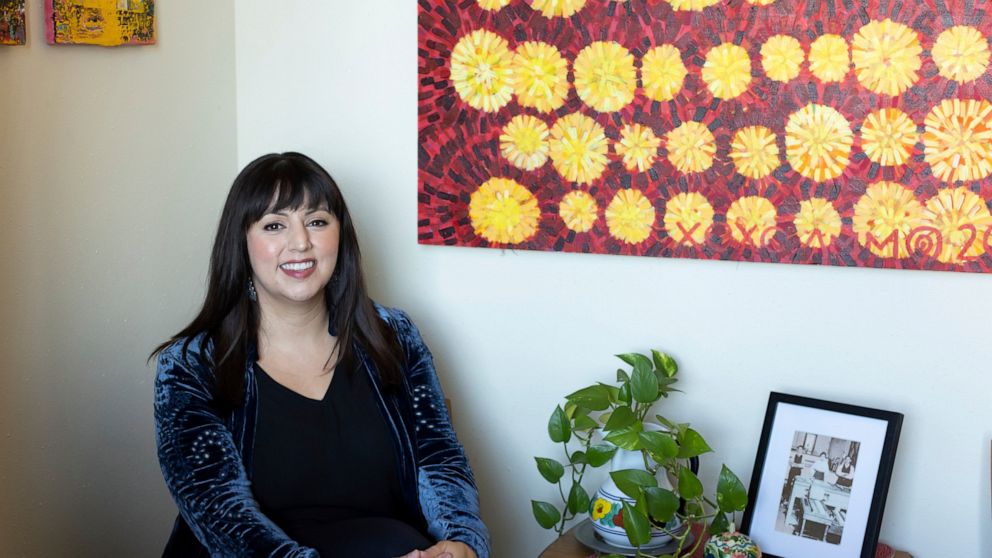 Racism, COVID-19 and other big issues of the day figure prominently in the work of many of the 25 recipients of this year’s John D

CHICAGO — A historian devoted to keeping alive the stories of long-dead victims of racial violence along the Texas-Mexico border and a civil rights activist whose mission is to make sure people who leave prison are free to walk into the voting booth are among this year’s MacArthur fellows and recipients of “genius grants.”

The Chicago-based John D. and Catherine T. MacArthur Foundation on Tuesday announced the 25 recipients, who will each receive $625,000.

The historian and the activist are part of an eclectic group that includes scientists, economists, poets, and filmmakers. As in previous years, the work of several recipients involves topics that have been dominating the news — from voting rights to how history is taught in schools.

Race figures prominently in the work of about half of them, including that of Ibram X. Kendi, author of “How to be an Antiracist” and “Stamped from the Beginning.” He will contribute an essay to the forthcoming book “The 1619 Project: A New Origin Story” that’s based on the Pulitzer Prize-winning “1619 Project” that centers U.S. history around slavery.

The selection process for the MacArthur grants is shrouded in secrecy. Instead of applications, anonymous groups make nominations and recommendations to the foundation’s board of directors.

COVID-19 was clearly on their minds. It comes up in the work of no fewer than four recipients, including a computational biologist building tools to track and forecast viruses and a physician-economist working to better communicate the need for the COVID-19 vaccine to communities that distrust medical institutions.

“As we emerge from the shadows of the past two years, this class of 25 Fellows helps us re-imagine what’s possible,” said Cecilia Conrad, the foundation’s managing director of fellows.

Much of what is going on, from the COVID-19 pandemic to efforts in the U.S. to alter the way elections are held and the way students are taught in school, has added a sense of urgency to this year’s awards, some recipients said.

“This award is so timely for me, personally … to remain committed to make sure the public has access to the truth, true history, even when it is troubling (and) especially when that history can help us build a better future,” Monica Muñoz Martinez, a historian at the University of Texas, Austin, pointing to efforts in some states to limit how teachers discuss racism.

Martinez was recognized, in part because of her book “The Injustice Never Leaves You: Anti-Mexican Violence in Texas,” about a period a century ago when hundreds Mexicans and Mexican Americans were slaughtered by vigilantes as well as the Texas Rangers.

Desmond Meade, who led a campaign that resulted in the passage of a measure in Florida that restored the voting rights of felons who have served their sentences, said the recognition — and the money — will help him continue his work to help former prison inmates. Meade’s effort had a setback last year when a federal appellate court upheld the position of Republican Gov. Ron DeSantis and the GOP-led Legislature that Florida felons must pay all fines before regaining their right to vote.

Meade noted that he struggled with drug addiction and homelessness and has served time in prison himself.

“The country needs to see stories of triumph and everyday regular people who are impacting their communities,” he said. “This (genius grant) means that each and every one in this country has the capacity to do something great.”