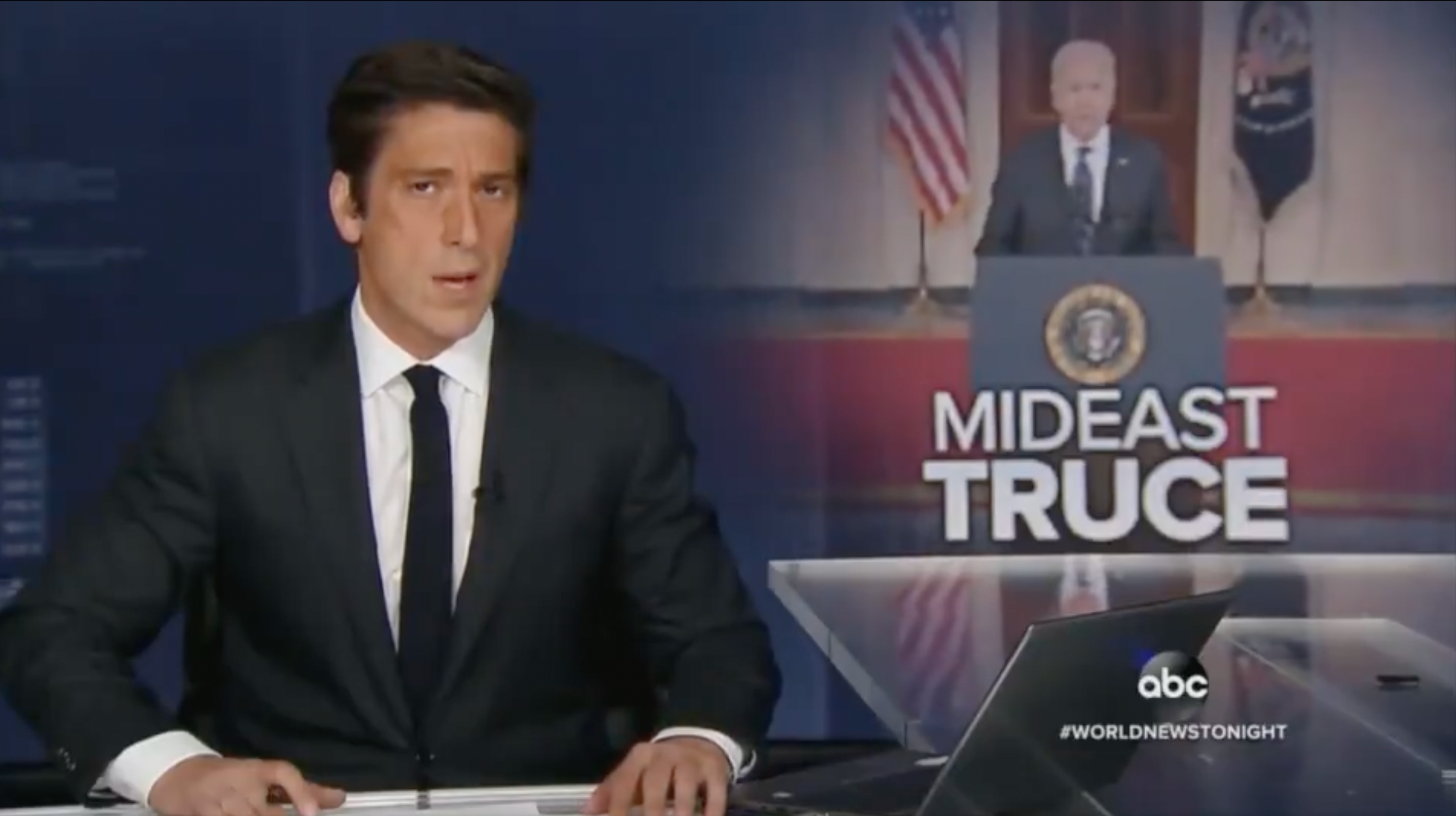 ABC’s “World News Tonight” heavily implied that President Biden was responsible for the cease-fire between Israel and Hamas when it was actually Egypt that brokered the truce.

Muir told viewers that “we knew” that President Biden told the Israeli Prime Minister that he “wanted to see a significant de-escalation in the Israeli operation.”

ABC News correspondent Matt Gutman, who was reporting from Tel Aviv, read a statement that was released by Hamas saying a “mutual and simultaneous ceasefire in the Gaza Strip” had been reached. However, Gutman scrubbed the first part of that sentence from the official Hamas statement, which read, “We were informed by our brothers in Egypt that an agreement had been reached.”

After reiterating Biden’s push for a “significant de-escalation,” Muir brought on ABC News White House correspondent Mary Bruce to talk about the “delicate dance” that Biden endured and the “quiet diplomacy” that was enacted.

“David, this was the first big foreign policy test for this president and Biden walked a fine line throughout,” Bruce told Muir. “He was facing growing pressure from his own party to take a tougher stance on Israel and you seemed to see the president nod to that tonight in his remarks, saying, quote, ‘I believe the Palestinians and Israelis deserve to enjoy equal measures of freedom, prosperity and democracy.’”

“Now, White House sources I’ve talked to feel that this all shows Biden’s approach to diplomacy working. He laid low in those first few days, trying to rely heavily on that quiet, intensive, behind-the-scenes diplomacy, and then upped the public pressure on Israel in just the recent days,” Bruce explained. “He and prime minister Netanyahu have a relationship, they understand how each other work. Biden took an increasingly serious tone, I am told, and made it clear to Israel that it would not be in their interest if this continued.”

However, as NewsBusters news analyst Nicholas Fondacaro pointed out, ABC’s report made no mention of Egypt’s critical role in the ceasefire.