A Wake of Tragedy in California After Mass Shootings 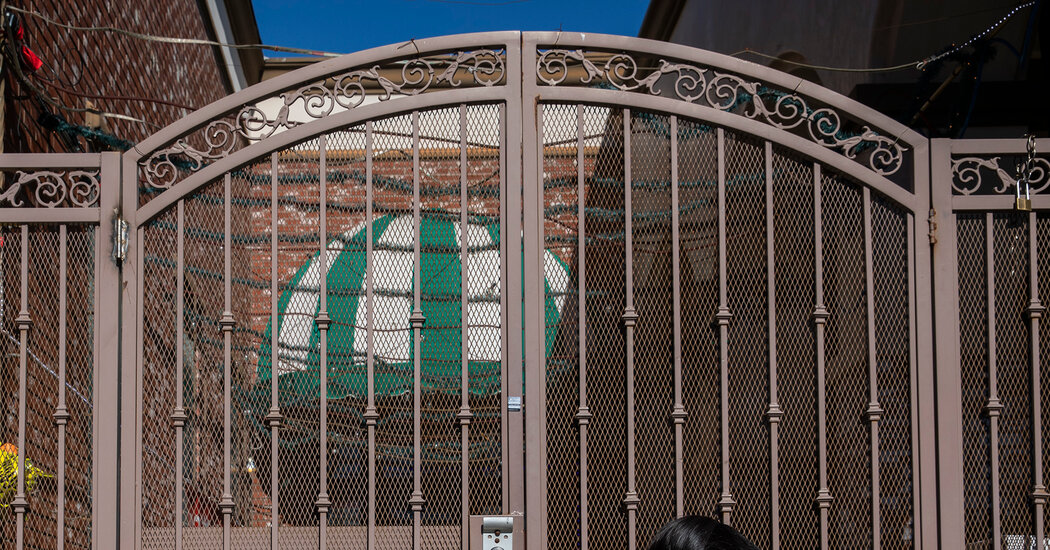 As California was reeling from this weekend’s tragedy, a mass shooting in Monterey Park, yet another struck.

On Monday afternoon, seven people were shot to death at two sites in Half Moon Bay, about 30 miles south of San Francisco. A suspect was taken into custody, and the authorities said he worked at a plant nursery that was one of the sites. Law enforcement officials are still trying to understand his motives.

The back-to-back massacres illustrate what for many feels like a near constant drumbeat of mass shootings in America. Already, in the first 24 days of the year, there have been at least 39 mass shootings nationwide, according to the Gun Violence Archive, a nonprofit research group that tracks gun violence and defines a mass shooting as an event in which four or more people are shot or killed.

In California, the pace has felt especially unrelenting. Last week, gunmen killed six people in Tulare County, including a 16-year-old and her 10-month-old child. Then, on Saturday, there was the Monterey Park shooting that killed 11. Less than 48 hours later, the massacre in Half Moon Bay happened.

Gov. Gavin Newsom said on Twitter on Monday that he had been at a hospital, meeting victims of the mass shooting in Monterey Park, when he was “pulled away to be briefed about another shooting.”

“Tragedy upon tragedy,” he said.

I’ve been a reporter in California for a decade, and I’ve covered a half-dozen mass shootings here. These are horrific incidents that leave behind loved ones who struggle, long after reporters and the public have moved on, to adjust to lives that have been reshaped by tragedy. Lives without their parents, their friends, their partners, their children.

Some of the deadliest shootings in our state have taken place in recent years — a 2015 terrorist attack in San Bernardino that killed 14, a mass shooting at a bar in Thousand Oaks in 2018 that left 12 dead and another at a rail yard in San Jose in 2021 that killed nine. By my count, the Monterey Park shooting is the fourth deadliest in California history.

It’s true that California has a lower firearm mortality rate than most states in the nation and that people who live here are about 25 percent less likely to die in mass shootings, compared with those who live elsewhere in the nation.

But in these moments, those numbers feel like poor consolation for families and communities grieving such senseless loss.

For $2.4 million: A waterfront retreat in Lake Forest, a four-bedroom home in San Francisco and a 1977 house near the ocean in Huntington Beach.

“The Surprise Valley is a remote gem of Northern California. In the far northeast corner of the state, it is a barren, beautiful valley of cattle ranches, unique towns and hospitable people. Cranes, deer and more wildlife are abundant, and dark skies offer spectacular stars and meteor views. It is an enjoyable respite from ‘tourist’ California.”

“This goes so much faster when everyone pitches in,” said Irene Yoo, bopping to K-pop tunes as she taste-tested the mixture and adjusted it with a bit more salt. She described the spirit of the evening as heung — a Korean word that captures the feeling of collective energy, joy and community.

Yoo, 36, a Korean American food writer and recipe developer, was hosting a Lunar New Year dinner party at her apartment. She’s among a generation of young Asian Americans who are building community through shared cultural traditions established by their elders and finding ways to make them their own.

Read more about younger Asian Americans creating their own traditions to celebrate the Lunar New Year.

Briana Scalia and Jaevon Williams contributed to California Today. You can reach the team at CAtoday@nytimes.com.