A Trump-supporting plexiglass manufacturer on plexiglass getting political. 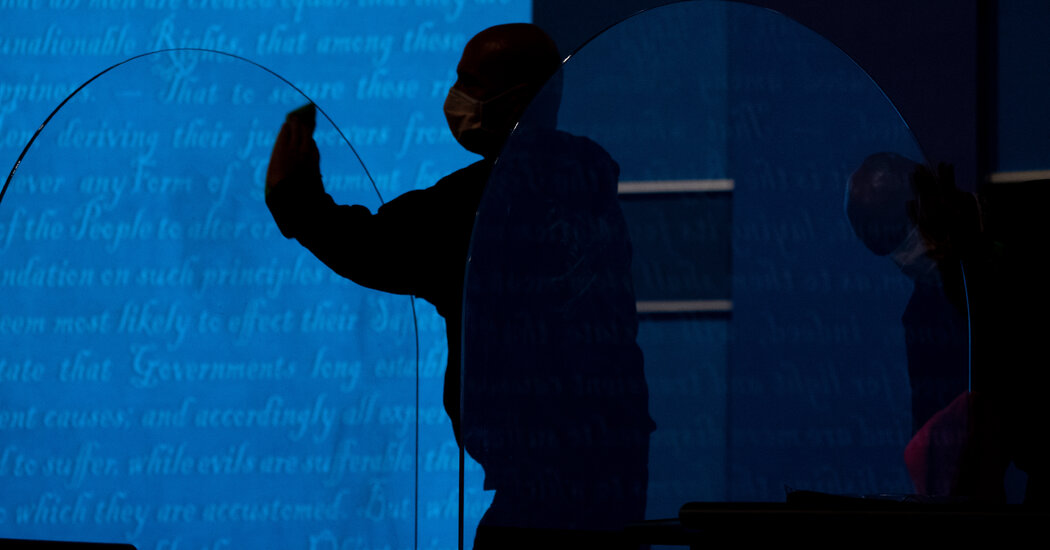 Jaime Harrison, the Democrat challenging Lindsey Graham, brought his own plexiglass to the South Carolina Senate debate over the weekend. In Wednesday night’s vice-presidential debate, Senator Kamala Harris and Vice President Mike Pence will be separated by two sheets of it.

For months, the plexiglass business has been booming for Jim Meadows, who manufactures it from his refrigeration parts shop in southeast Texas. A staunch supporter of President Trump, Mr. Meadows believes that by selling it he is “pandering to the uninformed,” though he’s happy to have the business.

Orders peaked in the summer and continue to trickle in, as the number of Covid-19 cases has climbed past 810,000 in the state. Just a week or so ago, he fulfilled an order for 100 sheets for the local school district to install.

So far, the president’s illness has done little to change the partisan view of the pandemic, including Mr. Meadows’s. He dismisses it as overblown, though more than 16,000 people have died in Jefferson County, where he has lived for decades.

Even as Mr. Meadows fulfills orders, he doubts the barriers do anything other than give some people a bit of peace of mind.

“I don’t even know what form of insanity even brought this to be,” he said. “If plexiglass worked, we could have built a plexiglass wall around China.”

Though several scientific studies have shown the effectiveness of face masks in stopping the spread of coronavirus, there have not been similar findings on plexiglass.

The Times first spoke to Mr. Meadows this spring, when the pandemic was most heavily felt in urban America, where residents predominantly support Democrats.

Mr. Meadows, though, said he refuses to wear a mask at any time — despite the local mandate requiring them. When he stopped into a hardware store recently, he said another man took his own mask off after seeing Mr. Meadows, which he took as a sign of feeling “empowered.”

“I really think there’s a lot of unnecessary fear, but if it makes people feel good, then fine, they can do whatever they want,” he said. “If you want to wear a crocheted doily over your face, then do that.”