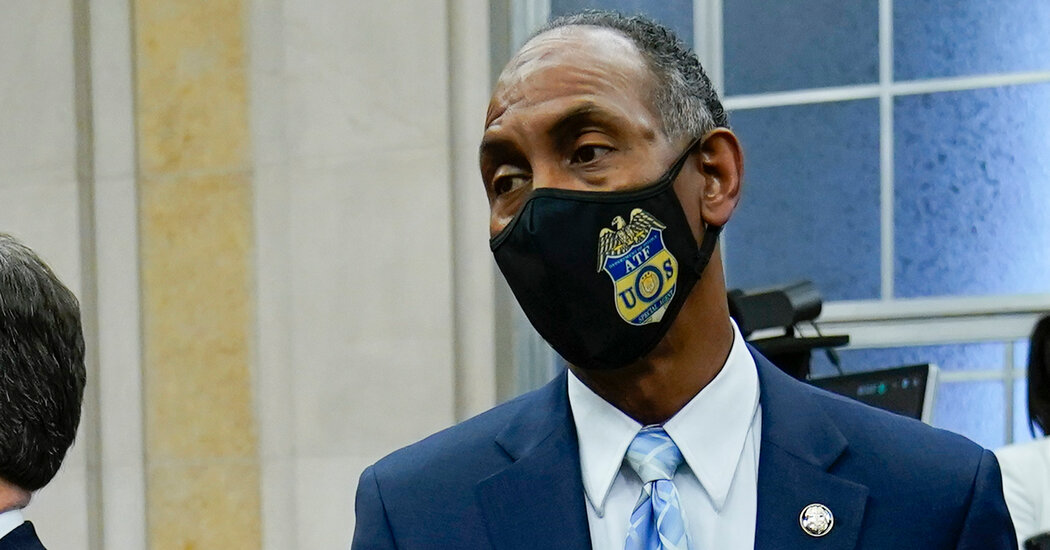 (Mr. Keane has said that reposting a misleading photo was an error, and that he quickly removed the image from social media; Mr. Richardson, by contrast, was present as a young agent during the confrontation between federal agents and members of the Branch Davidian cult.)

But Mr. Richardson, who has been at the A.T.F. for more than 30 years and is expected to retire in the next year, was not the only bureau official to attend the convention, known as the Shooting, Hunting, Outdoor Trade Show, or SHOT Show. The event typically attracts 55,000 attendees and raises $35 million for the National Shooting Sports Foundation by renting space to hundreds of vendors, including a handful of companies selling ghost gun components.

A total of 65 A.T.F. employees went this year, and eight of them were assigned to the security details of top bureau officials. On average, about 55 staff members have attended the three-day event each year since 2015, according to an agency tally of attendees provided by an administration official.

A.T.F. officials say it is necessary to deploy such a large contingent in the presence of those they regulate to answer technical questions about compliance with federal law and regulations. But critics of the bureau say the presence of so many A.T.F. employees is emblematic of the agency’s too-cozy relationship with the industry.

In an interview, Mr. Keane said he did not view Mr. Richardson’s attendance as an endorsement of his views. Instead, he said he saw it as a good-faith effort to coordinate enactment of the ghost gun regulation, a rule banning the use of “bump stocks” later in the year and a new electronic bookkeeping system.

He defended his previous comments about Mr. Biden, saying they were a reaction to the president’s threat, so far unfulfilled, to pass a law removing the gun industry’s immunity from civil lawsuits.

“My beef is not with Marvin, who is doing a decent, nonideological job,” Mr. Keane said.

Ms. Iverson, the Justice Department spokeswoman, said Mr. Richardson was simply reading from a White House budget office document when he cited the June deadline for the ghost gun rule, which had been delayed by the need to sift through more than a quarter of a million public comments. Mr. Richardson dedicated 30 A.T.F. staff members to process what was the largest-ever response to a firearms proposal, Ms. Iverson said.