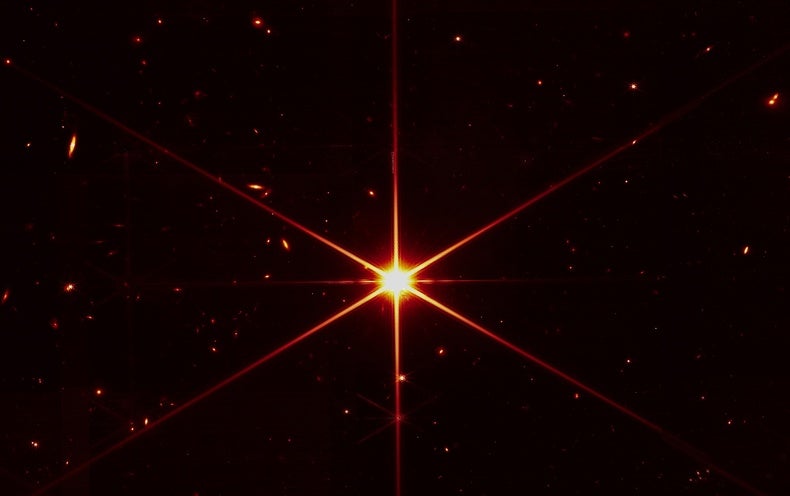 After James Webb Space Telescope officials released a stunning image of a single star, the team is ready to get other telescope parts in line with the observatory’s mirrors.

The $10 billion telescope successfully aligned with its near-infrared camera (NIRCam), as the star image showed. But the observatory still has four other instruments that it must be able to switch between with perfect alignment to obtain sharp images of distant objects.

The work will begin with the guiding instrument (called the Fine Guidance Sensor or FGS) and then extend to the other three instruments, a NASA update stated Thursday (March 17). Webb engineers expect that this process, called “multi-instrument multi-field alignment,” will take six weeks to complete.

Webb should complete its commissioning period around June, six months after launching on Dec. 25 on an ambitious mission to observe the universe from deep space and gather data on objects ranging from exoplanets to galaxies.

Switching between cameras in space is complicated, but the telescope will eventually be able to use multiple instruments at the same time, according to the update, which was written by Jonathan Gardner, Webb deputy senior project scientist at NASA’s Goddard Space Flight Center in Maryland.

Ground-based telescopes have the advantage of having engineers available on site to potentially remove instruments not needed in between investigations. However, on Webb and other space telescopes, the procedure is different.

“All the cameras see the sky at the same time; to switch a target from one camera to another, we repoint the telescope to put the target into the field of view of the other instrument,” Gardner wrote.

The goal of the new alignment, Gardner said, is to “provide a good focus and sharp images in all the instruments” while knowing the relative positions of each instrument’s field of view.

Last weekend, Gardner continued, engineers learned the positions of three near-infrared instruments in relation to the FGS, and updated that information in the software used for telescope pointing.

FGS reached its own milestone recently, which was finishing “fine guide mode.” That occurs when the guider zeroes in on a guide star to the instrument’s highest possible precision. Additionally, engineers are taking “dark” images to see what happens when the instrument has no light reaching it, which allows personnel to more precisely calibrate the instrument.

The last instrument to be aligned will be the mid-infrared instrument (MIRI) as it is awaiting a cryogenic cooler’s ability to bring it to its operating temperature of minus 448 degrees Fahrenheit (minus 267 degrees Celsius.)

Gardner also explained how the instruments will work together to look at a target.

“With parallel science exposures, when we point one instrument at a target, we can read out another instrument at the same time,” he said. “The parallel observations don’t see the same point in the sky, so they provide what is essentially a random sample of the universe.”

Parallel data, he concluded, allows scientists to “determine the statistical properties of the galaxies that are detected. In addition, for programs that want to map a large area, much of the parallel images will overlap, increasing the efficiency of the valuable Webb dataset.”

Copyright 2022 Space.com, a Future company. All rights reserved. This material may not be published, broadcast, rewritten or redistributed.