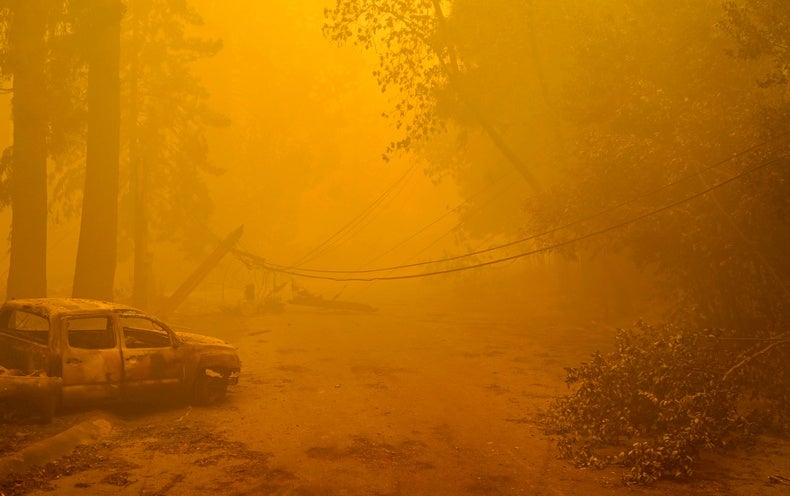 So far 2020 has been a standout year for all the wrong reasons, including its devastating natural disasters. Wildfires have ravaged the western U.S., and tropical cyclones have popped up left and right, with several causing significant damage to coastal areas. The latest storm, Hurricane Delta, is headed for the Gulf Coast.

Though they are called natural disasters, the toll they take comes in part from human actions. The buildup of communities in vulnerable areas, such as along the coasts and fire-prone areas of the West, means more people are in harm’s way. Climate change, fueled by greenhouse gas emissions from energy use and industrial processes, has also upped the ante. Hotter weather dries out the grasses and forest debris that can ignite, fueling bigger and longer-lasting wildfires. And rising seas and heavier downpours mean higher flood risks during storms.

These factors have helped push some of this year’s disasters to surpass—and in some cases, shatter—previous records. This is a running list of all the ones that have been set this year.

The 2020 Atlantic hurricane season has already been a doozy, and it does not even officially end until November 30. Here are some of the records it has already achieved:

(The Atlantic hurricane database, managed by the National Hurricane Center, extends back to 1851. The lists of alternating male and female hurricane names have been in use since 1979.)

Wildfires have taken an enormous toll on western U.S. communities, both from flames and harmful smoke. California has borne the worst of it. Here are some of the records that have been set:

Heavy rain sent water levels in the Tittabawassee River to record highs in May, causing the failures of the Edenville and Sanford dams near Midland, Mich. Some 10,000 residents had to evacuate because of the subsequent floods.

So far this year, the U.S. has had 16 natural disasters (including wildfires, hurricanes, tornadoes and drought) that each caused at least $1 billion in damage, tying the record set in both 2011 and 2017—with several months left to go. Such statistics have been compiled since 1980.

Biden, in a Burst of Climate Orders, Rejoins the Paris Agreement