A Republican inquiry into Hunter Biden and Ukraine finds no evidence of wrongdoing by his father. 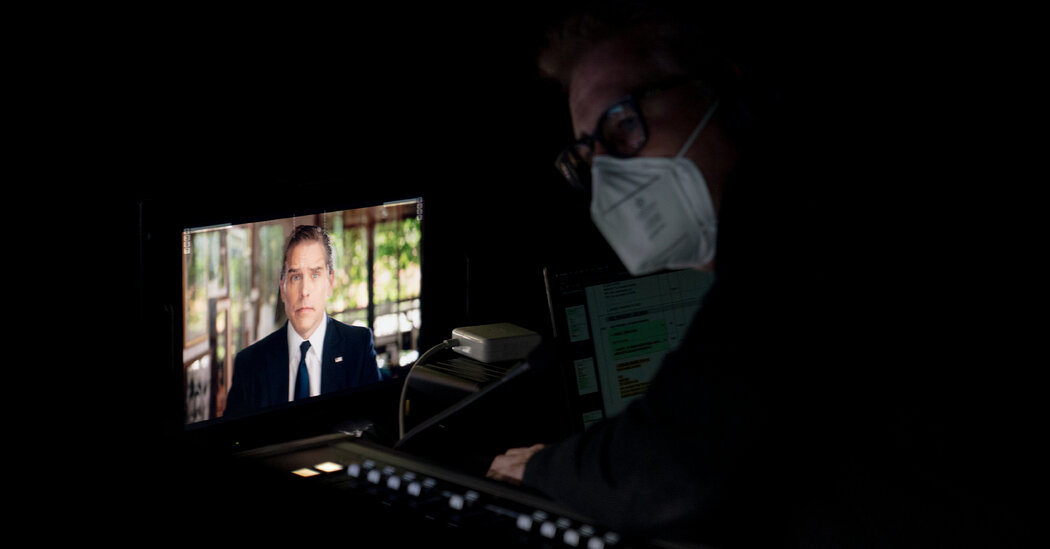 An election-year investigation by Senate Republicans into corruption allegations against Joseph R. Biden Jr., the Democratic presidential nominee, and his son, Hunter, involving Ukraine found no evidence of improper influence or wrongdoing by the former vice president, bringing to a close a highly politicized inquiry they hoped would tarnish President Trump’s rival.

The report released on Wednesday by the Senate Homeland Security Committee asserted that Hunter Biden traded on his father’s name to close lucrative business deals around the world. It also claimed that his work for a corrupt Ukrainian energy company while his father was directing American policy toward Kyiv gave the appearance of a conflict of interest that sent bad signals to a young democracy from the former Soviet bloc and alarmed some in the State Department.

But the 87-page document contained no evidence that the former vice president improperly manipulated American policy toward Ukraine as a result of his son’s activities.

The panel’s Republican chairman, Senator Ron Johnson of Wisconsin, had made no secret of his political ambitions for his report, boasting for weeks that his findings would demonstrate Mr. Biden’s “unfitness for office.” Instead, the result delivered on Wednesday appeared to be little more than a rehashing of unproven allegations pushed by Mr. Trump and his allies and media reports — which echoed a Russian disinformation campaign — that amplified the accusations against Mr. Biden six weeks before Election Day.

The report concluded that Hunter Biden’s position “hindered the efforts of dedicated career-service individuals who were fighting for anticorruption measures in Ukraine.” It did not clarify the nature of that hindrance beyond saying that the situation was “awkward” for career State Department officials, who “were required to maintain situational awareness of Hunter Biden’s association with Burisma.”

It was also filled with details that suggested the younger Mr. Biden’s involvement with Burisma created an unseemly appearance, given who his father was. Section Eight of the report was entitled “Hunter Biden: A Secret Service Protectee While on Burisma’s Board.”

“What the chairmen discovered during the course of this investigation is that the Obama administration knew that Hunter Biden’s position on Burisma’s board was problematic and did interfere in the efficient execution of policy with respect to Ukraine,” the report said.

In a statement on Wednesday, Andrew Bates, a spokesman for Mr. Biden’s campaign, accused Mr. Johnson of subsidizing “a foreign attack against the sovereignty of our elections with taxpayer dollars” by promulgating “a long-disproven, hardcore rightwing conspiracy theory” about the former vice president.

He also chastised the chairman of the Senate’s leading investigative panel for consuming committee resources when his committee should have been conducting oversight “of the catastrophically botched federal response to the pandemic.”