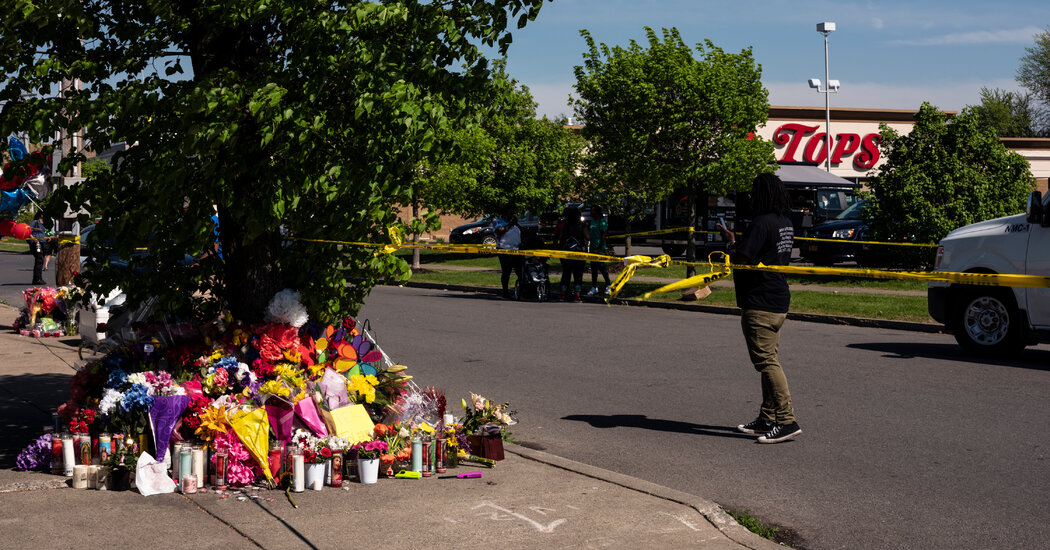 The massacre in which 10 people were killed in a Buffalo supermarket on Saturday was the deadliest mass shooting in the United States so far this year.

The Gun Violence Archive, a nonprofit organization, counted at least 201 such shootings, defined as one in which four or more people were injured or killed, through mid-May. Of those shootings, nine involved four or more fatalities.

Here is a partial list of mass shootings this year.

A gunman armed with an assault weapon shot 13 people, almost all of whom were Black, at a Tops supermarket in east Buffalo, the authorities said. Ten people died. The suspect, Payton S. Gendron, 18, had expressed admiration for white supremacist ideology, they said. He has pleaded not guilty.

The Buffalo shooting came amid a weekend of gun violence that included shootings at a church in California, an open-air market in Texas and a vibrant downtown area in Wisconsin.

A gunman opened fire inside the Geneva Presbyterian Church in Laguna Woods, Calif., killing one person and critically wounding four others, before he was overpowered by congregants who then hogtied him, preventing further bloodshed, the authorities said.

Two people were shot dead and three were injured by gunfire at a shooting at a bustling flea market in Houston. The shooting at the open-air market arose from an “altercation” involving the five people, and no bystanders were injured, said Sheriff Ed Gonzalez of Harris County, The Associated Press reported.

At least 17 people were wounded in a shooting in downtown Milwaukee, in a popular nightlife area blocks from the arena where an N.B.A. playoff game ended hours earlier, the police said. The victims were between 15 and 47 years old. Within about a two-hour period of that shooting, and in the same area, there were two additional shootings, in which four people were wounded.

The owner and two employees of the Broadway Inn Express motel in Biloxi, Miss., were fatally shot, and another person was also shot dead during a carjacking. The suspect, Jeremy Alesunder Reynolds, 32, was later found dead, CBS News reported.

As revelers spilled out of nightclubs in a two-square-block area of downtown Sacramento, a barrage of gunfire killed six people and wounded 12, the authorities said. Days later, the Sacramento Police Department said “gang violence” was at the center of the shooting, which involved at least five gunmen.

Two people engaged in a gunfight and sprayed a crowd with gunfire, killing one bystander and injuring 27 other people, including six children, at a community event and car show in the small Arkansas farming community.

Law enforcement officers were called to a Milwaukee home for a welfare check, and found six people who had been fatally shot. The victims — five men and one woman — had been shot, the police said, and evidence early in the investigation suggested that the killings had been targeted.