A new Monmouth poll shows a tightening race in Pennsylvania. 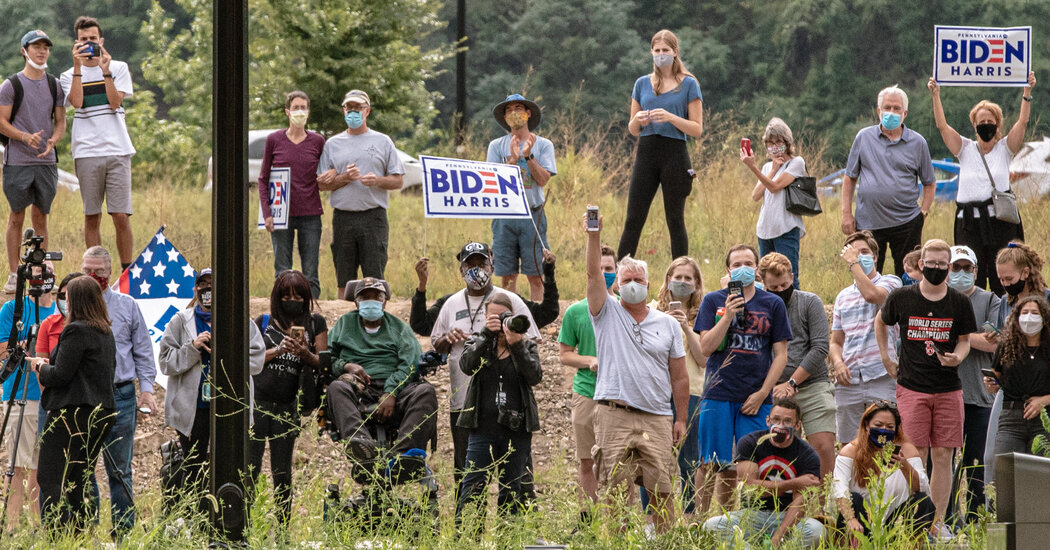 The narrowing is largely because Mr. Trump has begun consolidating support from Republicans and conservative voters who have disapproved of his stewardship, but it is also is due to declining support for Mr. Biden among men over all and among voters under age 50.

Mr. Biden has led 36 of the last 37 public polls of Pennsylvania, a state Mr. Trump carried by 44,000 votes out of 6 million cast in 2016. Mr. Trump’s victory there, powered by a combination of stronger than expected support for him in the state’s rural areas and weak turnout in major cities, prompted a multi-year Democratic reckoning that the Scranton-born Mr. Biden and his allies are still struggling to process.

The Monmouth poll also shows that a high turnout model narrowly benefits Mr. Biden. The Democratic nominee leads the race by three points when the poll assumes a high turnout, but by just one point if there is low turnout.

Still, the poll found Mr. Biden retains healthy leads among the people most likely to vote. He is leading by 11 points among voters 65 and older, a demographic Mr. Trump carried by 10 points in 2016, according to exit polls.