A New Jersey postal worker was arrested after he threw away nearly 100 blank ballots, prosecutors say. 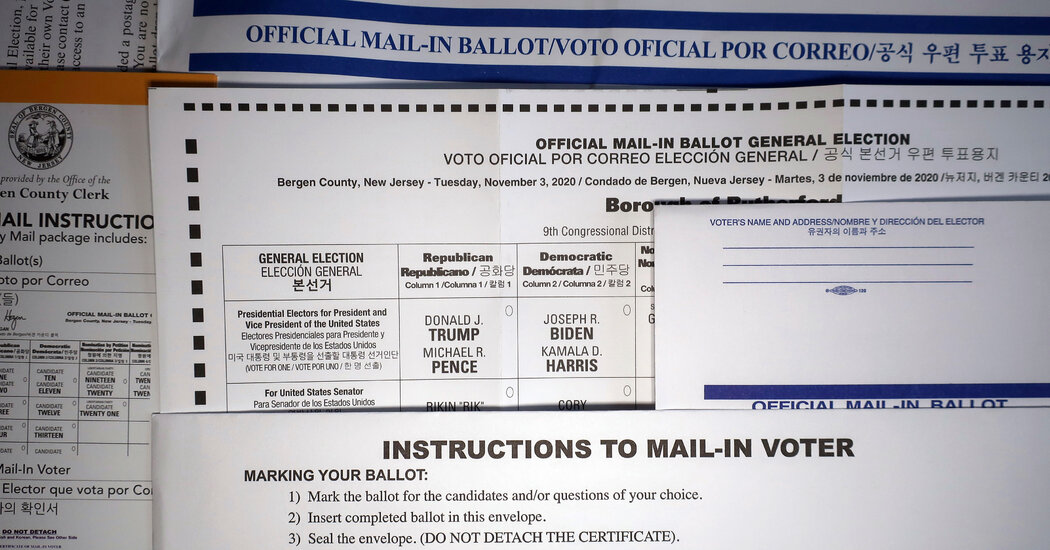 A few days after nearly 100 ballots were recovered from a dumpster in New Jersey, a Postal Service employee was arrested Wednesday on charges that he intentionally delayed and obstructed the delivery of mail, the authorities said.

The blank ballots were addressed to voters in West Orange, N.J., by the Essex County Board of Elections, but were found in a trash bin outside a bank in North Arlington, N.J., last Friday with 633 other pieces of mail, including campaign fliers, the U.S. attorney’s office in Newark said.

Nicholas Beauchene, 26, of Kearny, N.J., was responsible for delivering the ballots, but willfully discarded them, the office said. He also threw out more than 500 other pieces of mail that were found on Monday in a second dumpster, in North Arlington, prosecutors said.

Investigators said that the dumpster where the ballots were discovered was about one mile from Mr. Beauchene’s home.

It was not immediately clear if Mr. Beauchene had a lawyer and court documents were not yet available.

Mr. Beauchene’s arrest comes amid heightened anxiety over mail-in voting, which millions of Americans are expected to use to avoid casting ballots in person because of the coronavirus pandemic. President Trump has repeatedly made baseless accusations about widespread fraud in mail-in voting, and the Justice Department has been accused of trying help him push that false narrative by calling attention to small, isolated cases where there were problems.

The Trump administration has faced intense criticism over changes made to the Postal Service that critics say undermines the delivery of mail-in ballots and the integrity of the election.