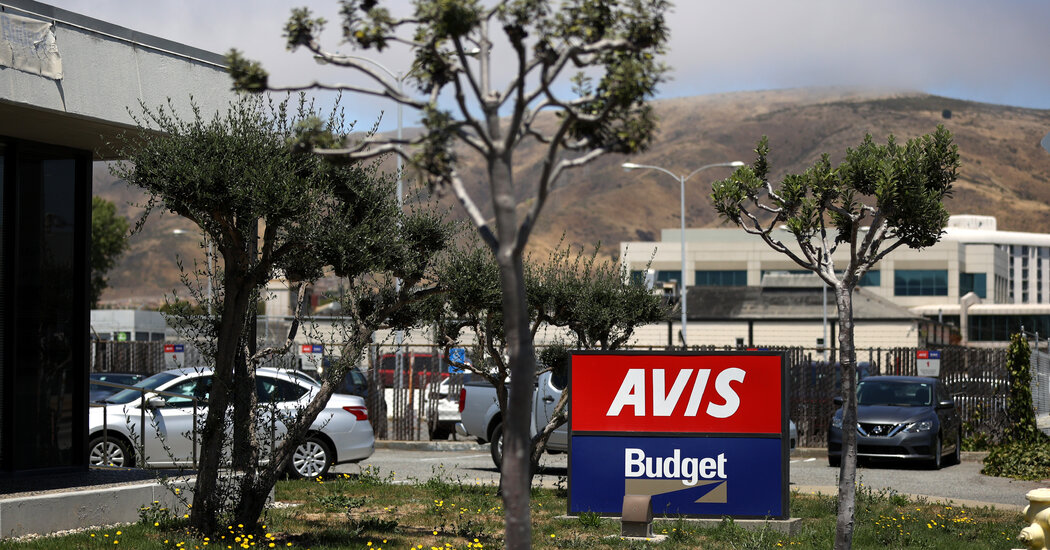 Californians renting cars may want to watch out for new charges on their bill now that a longstanding provision banning fees for additional drivers has quietly been removed.

Those fees — the biggest rental companies charge between $13 and $15 per day for each additional driver — had been prohibited in California for more than 30 years. In fact, California was the only state to ban such fees as of 2021, according to the bill’s analysis.

The updated law, which went into effect on Jan. 1, still prohibits car rental agencies from charging for additional drivers in some instances, such as if the driver is the renter’s spouse, child, sibling, parent or grandparent, or if the driver is a co-worker or employer.

But consumer protection groups say fees that are not included in the initially advertised price can add significantly to the cost of services. (Many of the companies’ websites still state that there are no additional driver fees in California.)

“It’s just another way to get additional money without having it show up in the rack rate or the base rate on the car,” Robert Herrell, the executive director of the Consumer Federation of California, told me.

“We just find this fee creep to be misleading for consumers,” he said, adding that such fees “disproportionately impact lower-income renters.”

The bill, A.B. 901, was introduced by Assemblywoman Lisa Calderon, a Democrat representing parts of the Gateway Cities of southeastern Los Angeles County and the San Gabriel Valley. She said that car rental companies were struggling because of the “devastating toll” of the coronavirus pandemic and “numerous price caps and restrictions that are burdensome.”

The bill was introduced at the behest of the car rental giants Avis, Enterprise and Hertz, which also own Alamo, Budget, Dollar, National and Thrifty.

The consumer federation lobbied against initial versions of the bill but removed its objection, Herrell said, as a show of good faith after provisions like the ban on fees for certain additional drivers were added.

“The bill had been flying through the process” before the federation and others opposed it, he said. “Even when we tried to engage the author’s office early on, it just became painfully obvious that it was the rental car industry driving the train here.”

As the pandemic caused travel to crater in early 2020, the rental car industry sold off vehicles to make quick cash; Hertz, which was bloated with debt, filed for bankruptcy protection.

But when travel bounced back a year later, prices for rental cars shot up as the agencies were unable to buy enough new vehicles to build back their depleted fleets. Hertz made $600 million in profit in the three months ending in September 2021, and Avis Budget Group made nearly $675 million in profit in that period, a record.

A spokesman for the American Car Rental Association, a lobbying group, said the fees covered the cost of insuring the additional drivers. “The assumption is that if you have different drivers driving the vehicle there’s going to be different risk than if there’s one driver,” Greg Scott, the spokesman, told me.

Sharon Faulkner, the executive director of the association, told Auto Rental News, “This is a great example of what can be accomplished when A.C.R.A. members band together to seek a common legislative goal.”

The updated law also allows companies to double the fee if they find that the car has been driven by an unauthorized driver, and it raises the cap on damage waivers to $25 a day for most smaller cars, up from $11 to $17 depending on the car’s model. That cap will now rise with inflation.

Here are the typical fees for each additional driver for the biggest car rental agencies and any exclusions they make in addition to the California-mandated exemptions for spouses, family and co-workers.

Hertz’s website says it exempts unmarried partners who permanently reside together at the same address and who are members of its loyalty program, and Avis’s website says it exempts life partners. But representatives at locations for those companies said that only spouses could be added as additional drivers for free. Enterprise said it verified spouses and domestic partners by matching the addresses on the driver’s licenses.

The takeaway? Be sure to review all the paperwork you sign, and be prepared to push back on any unwarranted charges.

William P. Davis is an assistant editor on The New York Times business desk, based in Los Angeles.

“While I appreciate the natural beauty in California, I like the indoor beauty also. One of my favorites is the Los Angeles County Museum of Art, which has an overwhelming art collection from so many different styles of art. I could spend a whole day or an hour every day just taking in not only beauty but amusing pieces of modern life. Give it a try, even though it has an admission fee.”

Today we have not one but two stories of pets finding their way home after years away.

The first: A cat that went missing in Riverside County seven years ago was found and reunited last week with its family, which has since moved to Tennessee. “We never thought we would ever see her again,” the owner said.

Also this month, a dog that had been reported missing in the Bay Area 12 years ago was rescued 60 miles from where it had originally disappeared. It, too, was returned to its owner. “I’m still in shock,” the owner told KTLA.

Thanks for reading. We’ll be back tomorrow.

Soumya Karlamangla, Briana Scalia, Mariel Wamsley and Geordon Wollner contributed to California Today. You can reach the team at CAtoday@nytimes.com.