A Natural (and Political and Cultural) History of America’s Bird 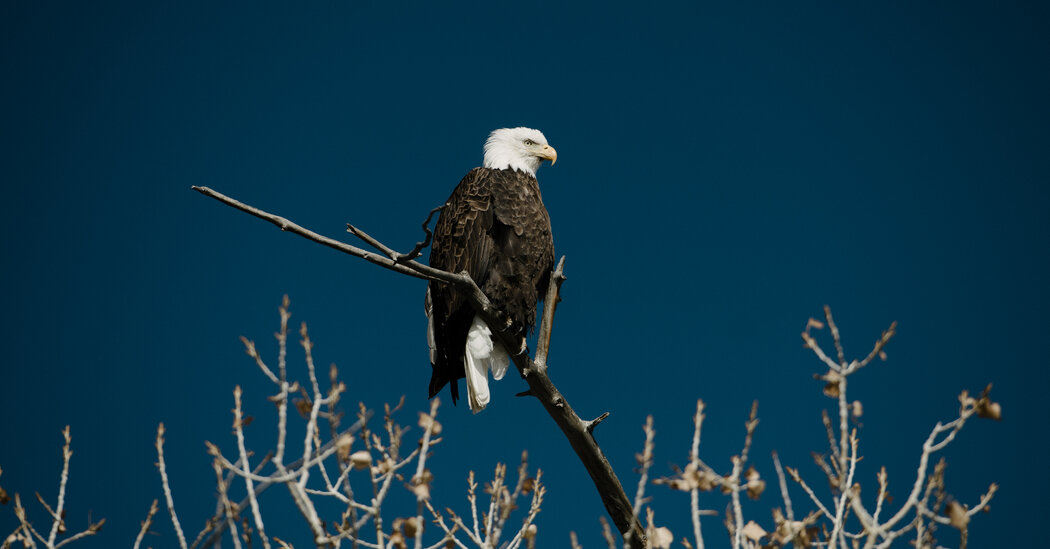 The fortunes of our (unofficial) national bird fluctuated. Exclusive to North America, bald eagles made fierce, handsome symbols for a new country, yet as actual birds they were often despised as thieves. They can, in fact, be talented kleptoparasites, stealing fish from others, though scientists now consider this a sign of intelligence, not moral corruption. The once widespread notion that they could snatch human children — dramatized in the 1908 silent film “Rescued From an Eagle’s Nest” — was false. Still, as predators, they were shot, poisoned and strangled by the thousands. They suffered habitat loss. The Bald Eagle Protection Act in 1940, and the banning of DDT in the early 1970s, were vital.

Among the army of eagle champions Davis details, my favorites are the quirkier unknowns: people like Doris Mager, who took a motion sickness pill before ascending to an unoccupied Florida eagle nest in 1979 for what was labeled not a sit-in but a weeklong “nest-in.” She raised awareness of the bald eagle’s population in decline — by that point, the birds were endangered in most states.

Davis also gives due credit to the ornithologists and biologists who boosted egg production, with helpful chickens conscripted to incubate extra bald eagle clutches, and super glue to patch cracked shells when every egg counted. Young healthy eagles were flown and driven cross-country to repopulate habitat.

By the 1980s, “hack towers,” or artificial nesting towers, in which unseen human caretakers hand-reared the birds, were in full swing. The eaglets raised in these programs did their best, providing Davis with up-close dramas of little eagles growing up “using their wings like crutches” to move around, while their large feet flop “out in front of them like clown shoes.” One eaglet, No. 60, who failed a first attempt at flight, crash-landed and had to trudge back on the ground to the home tower, “head down.”

Davis shines at most everything in this exuberantly expansive book, but especially at highlighting individual birds like the translocated ones making their way in the world. With eagle numbers now estimated at levels they were before “America became America,” their comeback is astonishing.