A Marist poll shows Biden widening his lead in Pennsylvania. 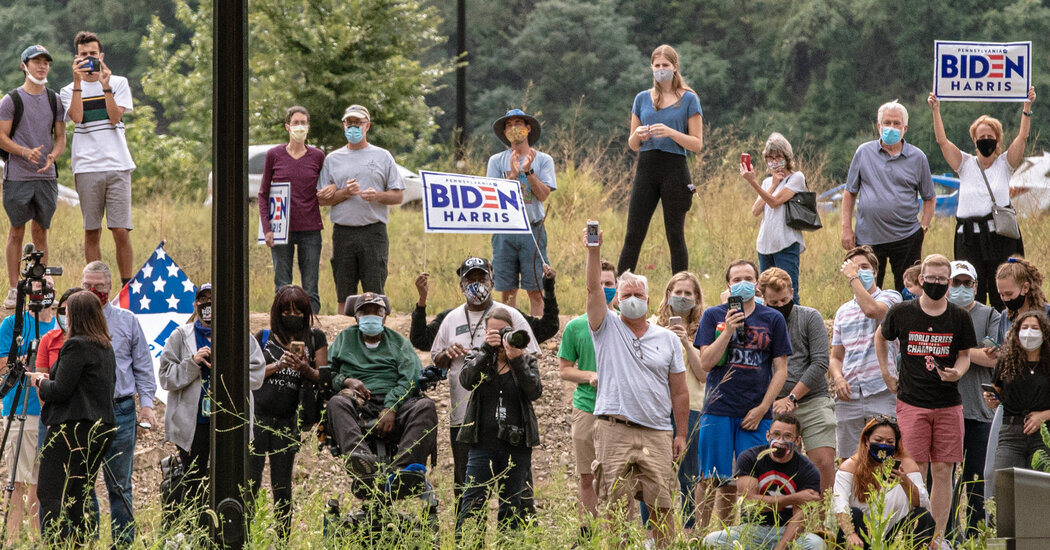 Mr. Biden’s lead is due in part to strong support from suburban voters — which were key to Mr. Trump’s victory in 2016 — and voters with college degrees, according to the poll of 771 likely Pennsylvania voters, which was conducted from Aug. 31 to Sept. 7. Mr. Biden leads Mr. Trump among suburban voters by nearly 20 percentage points.

The poll has a margin of error of 4.4 percentage points.

Many strategists view Pennsylvania as the most crucial battleground of 2020, and both Mr. Biden and Mr. Trump have campaigned hard in the state. Though Mr. Biden’s appearances have largely been virtual during the pandemic, he made in-person campaign stops on Labor Day.

Mr. Trump held a rally near Mr. Biden’s hometown of Scranton hours before Mr. Biden accepted the Democratic presidential nomination last month, and another one near Pittsburgh last week.

Mr. Biden has led nearly all recent public polls of Pennsylvania, a state Mr. Trump narrowly won in 2016, and Democrats are optimistic that Mr. Biden can flip the state back.