A look at Trump’s false claims at the R.N.C. about the virus and the economy. 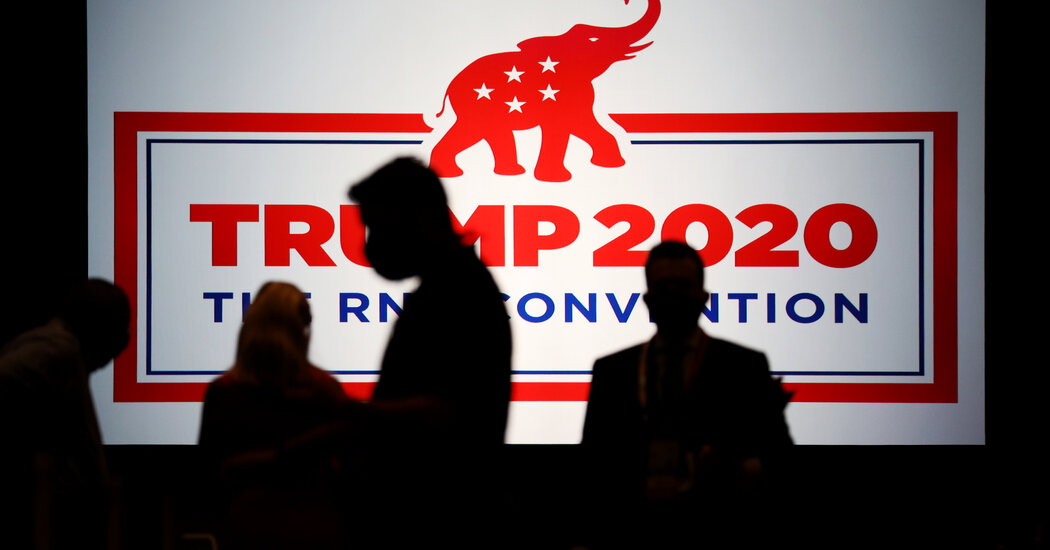 “We just have to make this China virus go away, and it’s happening.”

— President Trump, in a taped conversation with frontline workers shown at the convention.

While reports of new cases have dropped considerably since late July, when the country averaged well over 60,000 per day, case numbers remain persistently high, according to a New York Times database, and there is no evidence that the virus is going away anytime soon. On Monday, more than 40,000 new coronavirus cases and at least 500 new coronavirus-related deaths were reported in the United States. With more than 5.7 million people infected, the United States leads the world in coronavirus cases — roughly 2 million more than the country with the second highest count, Brazil.

“We just broke a record on jobs, an all-time record. There’s never been three months where we’ve put more people to work, over 9 million people.”

— President Trump, speaking after he was renominated on Monday.

While it is true that the labor market has regained more than 9 million jobs since April, that rebound came on the heels of an even larger decline — and about 60 percent of the jobs lost since February have yet to return. The rapid labor market bounce back has come as many people who had lost jobs temporarily during state lockdowns returned to work. It is difficult to judge at this point how robust the rebound will prove going forward.

“The economy is coming up very rapidly, our farmers are doing well because I got China to give them $28 billion because they were targeted by China.”

— President Trump, speaking after he was renominated.

Mr. Trump has channeled substantial government funds to farmers who were hurt when China, one of the world’s biggest agricultural markets, imposed tariffs on American products during the U.S.-China trade war. The Trump administration announced a total of $28 billion in aid for farmers in 2018 and 2019, then secured another $23.5 billion to help American farmers through the $2 trillion coronavirus stimulus package passed in March.

But Mr. Trump’s frequent claim that the tariffs are paid for solely by China is wrong. Whether the Chinese manufacturer, American importer or another company ultimately pays the cost of any particular tariff varies from product to product, depending on the ability of each party to negotiate. But overall, recent economic research suggests that the burden of the tariffs has fallen heavily on American firms, and that American manufacturers and consumers have ended up paying a substantial portion of the tariffs.