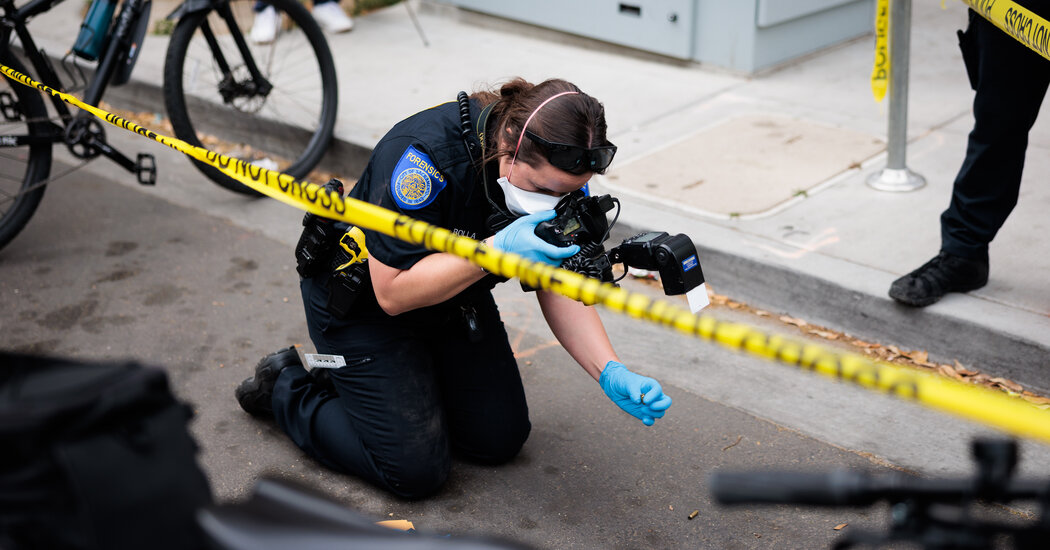 Ms. Lester, the police chief, said in a statement on Sunday that her department was investigating whether the shooting had any link with a fight outside the nightclubs on Sunday.

“We are aware of a social media video that appears to show an altercation that preceded the shooting,” Ms. Lester said. “We are currently working to determine what, if any, relation these events have to the shooting.”

One stolen firearm was recovered at the scene, Ms. Lester said, adding that a police camera captured parts of the attack.

Grieving relatives — a father, a sister, a nephew — were confounded by the sudden cutting short of their loved ones’ lives.

Johntaya Alexander’s father, John Alexander, said his daughter dreamed of being a social worker and had been working as a cashier at Smart and Final, a warehouse-style retailer. She had recently moved into her own apartment in Sacramento. Mr. Alexander received the news of her killing from her sister, Tezha, who had been out with Ms. Alexander on Saturday night.

Ms. Alexander, who ran track and loved to swim, was “a high-spirited child, always looking to explore, always willing to be challenged,” her father said.

Tezha Alexander said of her sister, “She was loving, she was caring, she was the life of the party.”

Ms. Alexander said she did not have any information on possible motives for the shootings.

The family of Mr. Harris, the 38-year-old victim, said he was a landscaper with three young children.

His sister Kay Harris, said she heard the news early Sunday morning from her cousin, who watched Mr. Harris take his last breath.