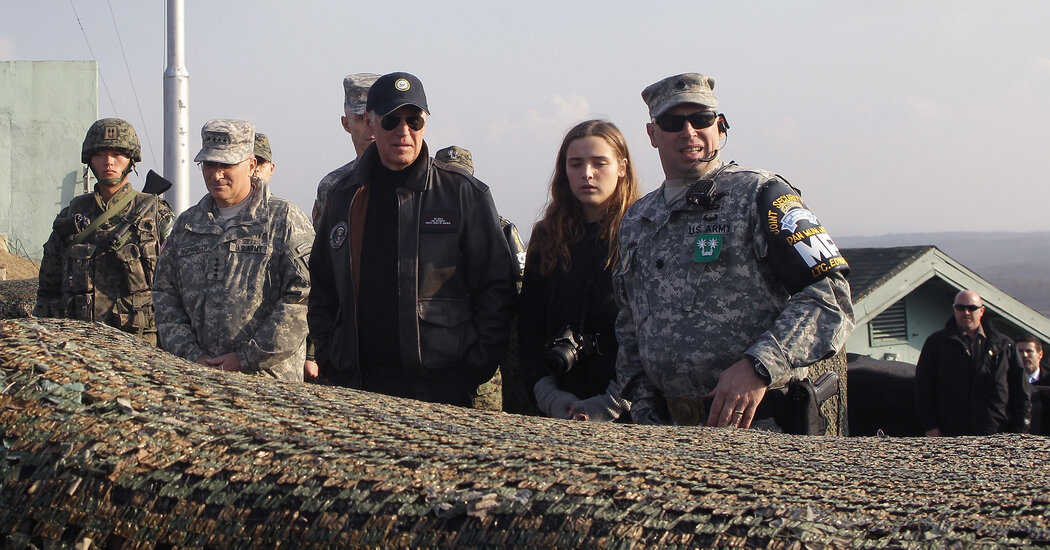 In the waning days of the presidential race, former Vice President Joseph R. Biden is straying way off the traditional political map to chase votes: He delivered a closing argument in an op-ed published Friday by a prominent South Korean news agency.

In the article he submitted to Yonhap News Agency, Mr. Biden presented himself as someone who would be an unwavering ally to South Korea and an advocate for immigrants, seeking to draw a contrast between himself and President Trump.

Mr. Biden also suggested that the United States could learn from South Korea’s response to the Covid-19 pandemic, calling the South a “global leader in the fight against” the virus.

At a stage in the campaign when candidates’ choices of where and how to spend their resources are intensely dissected, Mr. Biden’s submission of an op-ed to a foreign news agency was unusual. But the true intended audience may have been in the United States. According to the Migration Policy Institute, three swing states — Texas, Georgia and Pennsylvania — are among the 10 with the largest populations of Korean immigrants.

The op-ed, which harkened back to Mr. Biden’s 2013 visit to the Demilitarized Zone separating the South from North Korea, did not mention the North’s leader, Kim Jong-un, by name. But it echoed Mr. Biden’s past criticism of Mr. Trump’s collegiality with the dictator, and it denounced Mr. Trump’s threats to withdraw American troops from South Korea.

“Words matter — and a president’s words matter even more,” Mr. Biden wrote. “As President, I’ll stand with South Korea, strengthening our alliance to safeguard peace in East Asia and beyond, rather than extorting Seoul with reckless threats to remove our troops.” He said he would “keep pressing toward a denuclearized North Korea and a unified Korean Peninsula.”

Many South Koreans have been alarmed by Mr. Trump’s repeated questioning of the value of keeping 28,500 American troops in South Korea. He has demanded that South Korea contribute vastly more to the cost of the United States military presence there, and he has suspended major joint military exercises with the South, calling them too expensive.

A September survey South Koreans by Korea Gallup found that 59 percent of favored Mr. Biden as the next American leader, compared with 16 percent who preferred Mr. Trump.