A hugely consequential stretch of the presidential race is about to begin. 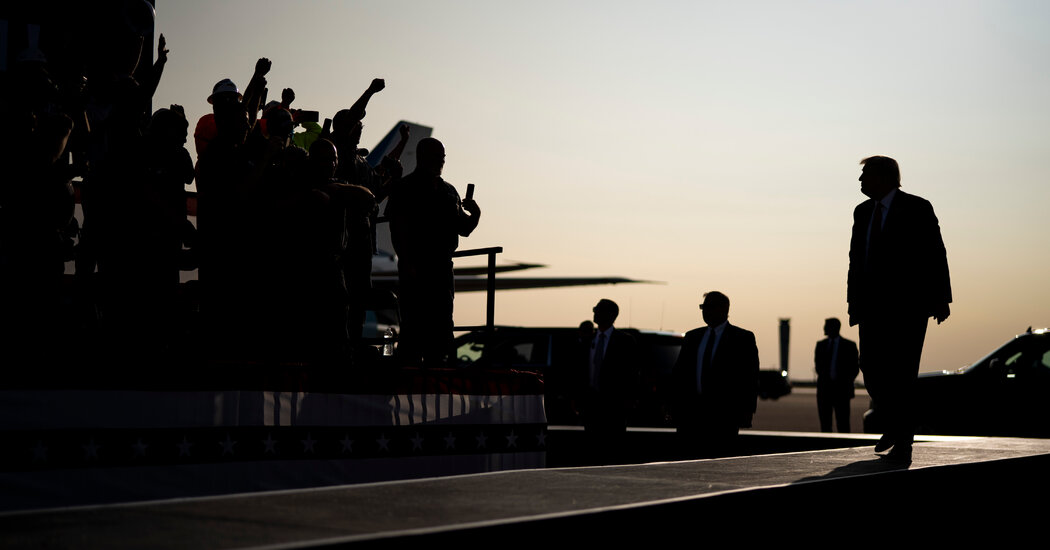 For all the tumult and unease that have characterized this campaign for the White House, it is hard to imagine a potentially more consequential week of events than the one that will begin at 5 p.m. on Saturday. It’s quite possible that by the end of next week, the contest between President Trump and Joseph R. Biden Jr. will have a good deal more clarity than it does today.

On Saturday, with all the orchestrated buildup and arguably faux drama that has become familiar to anyone who has followed his career as a developer, reality TV host and now president, Mr. Trump will unveil his nominee to replace Justice Ruth Bader Ginsburg on the Supreme Court.

Some critical questions will come into focus. How much will the confirmation process overshadow the issue that Mr. Biden thinks could win the White House: Mr. Trump’s handling of the coronavirus pandemic? The president has already shown that he can rally his party behind his choice and his decision to push for quick confirmation. How will Mr. Biden and Democratic leaders choose to wage a fight that might already be over, and that Republicans are hoping will be a trap for the former vice president?

Three days later, Mr. Trump and Mr. Biden will meet at Case Western Reserve University in Cleveland for the first of three debates. The importance of these kinds of events tends to be overblown, though it seems fair to say that the 90 minutes of their meeting in Cleveland might turn out to be the most important 90 minutes of the campaign. Democrats and some Republicans think a commanding performance by Mr. Biden, dispelling suggestions by Mr. Trump about his mental acuity or concerns among Democrats about his fortitude in standing up to the president, could set the framework for the final weeks of this campaign.

Just in case all that is not enough, both candidates will be campaigning against the backdrop of more civil unrest across the country after a Kentucky grand jury declined to indict any police officers on murder charges in the killing of Breonna Taylor. Mr. Trump has tried to turn these kinds of demonstrations against Mr. Biden, warning that Democratic rule would be a recipe for continued disorder. The argument has so far shown only limited signs of success.

And — Covid. The pandemic has proved an unending source of disruption and turmoil; as colder weather approaches, and with signs of a new rise in cases, there seems little reason to think the virus will fade as an issue.