A House panel plans to subpoena Louis DeJoy over mail delays and his Trump communications. 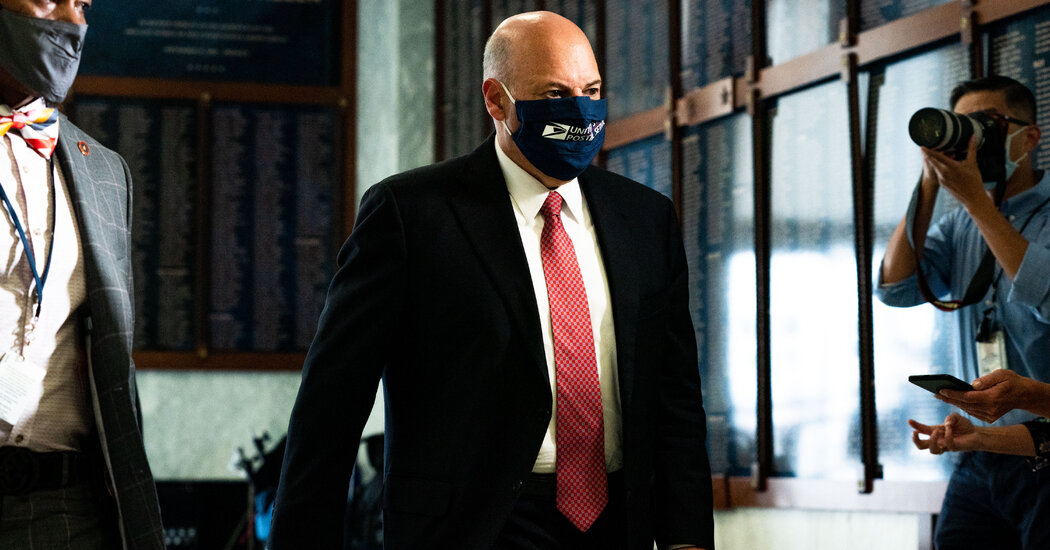 Representative Carolyn B. Maloney, Democrat of New York and the chairwoman of the House Oversight Committee, said Monday that she would subpoena Louis DeJoy, the postmaster general, for documents she said he had withheld from Congress related to mail delays and communications with the Trump campaign.

The subpoena is the latest sign of escalating tension between the new postmaster general — an ally of President Trump and Republican megadonor — and leading Democrats, who have accused him of injecting dysfunction into the United States Postal Service before the November election. The changes Mr. DeJoy has instituted have resulted in confusion and coincided with a slowdown in delivery times and a concerted effort by the president to baselessly attack mail-in voting as fraudulent, arguing that it hurts his re-election chances.

In a statement, the Postal Service said it was “surprised and confused” by the committee’s subpoena.

“We will continue to cooperate with the oversight committees in both the House and Senate, and we fully intend to comply with our obligations under the law,” the statement said.

The statement also said mail performance was beginning to improve after suffering declines during Mr. DeJoy’s first months on the job, when he put in place cost-cutting measures, including a more regimented schedule for running mail trucks at specified times. Documents released Monday afternoon by the Postal Service on Monday show an improvement in delivery times, but not a full return to the level of service provided before Mr. DeJoy implemented his changes.

For months, members of Congress have sought documents from Mr. DeJoy about delays in election mail, the removal of machinery and how he has chosen to run the agency. Internal documents show some aspects of mail performance had fallen by as much as 8 percent since he took the helm of the agency.

Democrats have raised concerns that Mr. DeJoy is interfering with the mail as part of a broader effort by Mr. Trump to sow distrust in voting by mail ahead of a pandemic-era election in which mail-in ballots will play an outsize role. Among their requests for documents: information about the removal of hundreds of letter-sorting machines and the limiting of overtime — both actions denounced by union officials.

Mr. DeJoy has yet to provide any documents to Congress since a hearing last week of Ms. Maloney’s committee, during which Democrats grilled the postmaster general and some called for him to resign.