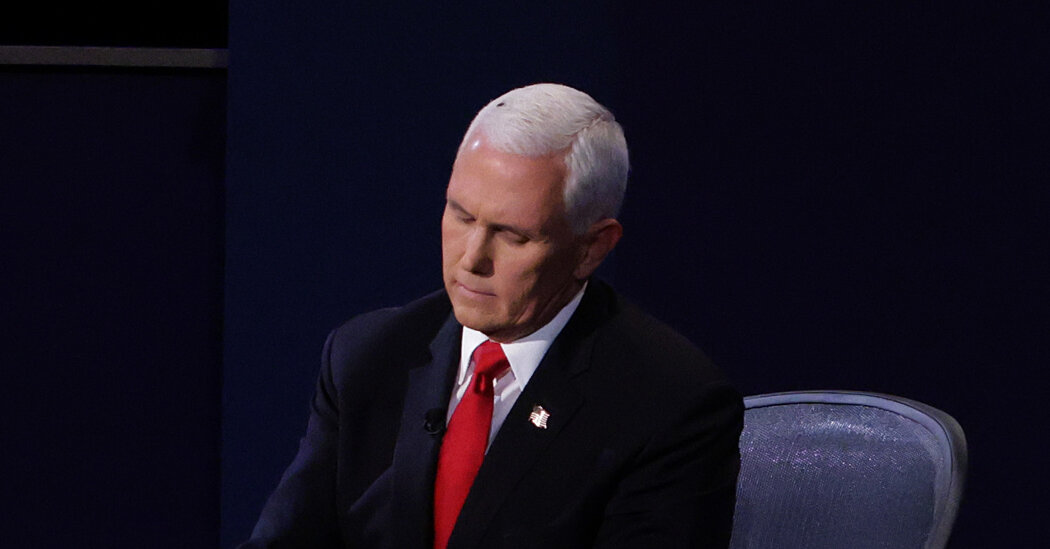 President Trump’s handling of the country was the elephant in the room during Wednesday’s vice-presidential debate, but it was a fly, taking a brief break from flying, that couldn’t be ignored by viewers watching the event from home.

Vice President Mike Pence, his hair perfectly coiffed, never reacted to the fly’s appearance on the right side of his head. It stood out against his bright white hair, standing still for the most part but moving around slightly before, well, flying away.

While Mr. Pence spent most of the 90-minute debate avoiding direct questions posed by the moderator, Susan Page of USA Today, the fly brought up a slew of questions of its own.

Who will play the fly on “Saturday Night Live”? (Pete Davidson seems a good choice.) Is the fly liable to catch the coronavirus that has infected so many top Trump administration officials? Was the fly breaking debate protocols by not wearing a mask?

On social media, the fly became the biggest star of what came across as “a normal debate,” as CNN’s Jake Tapper put it.