A Florida poll found the candidates tied, but with shifting sources of support. 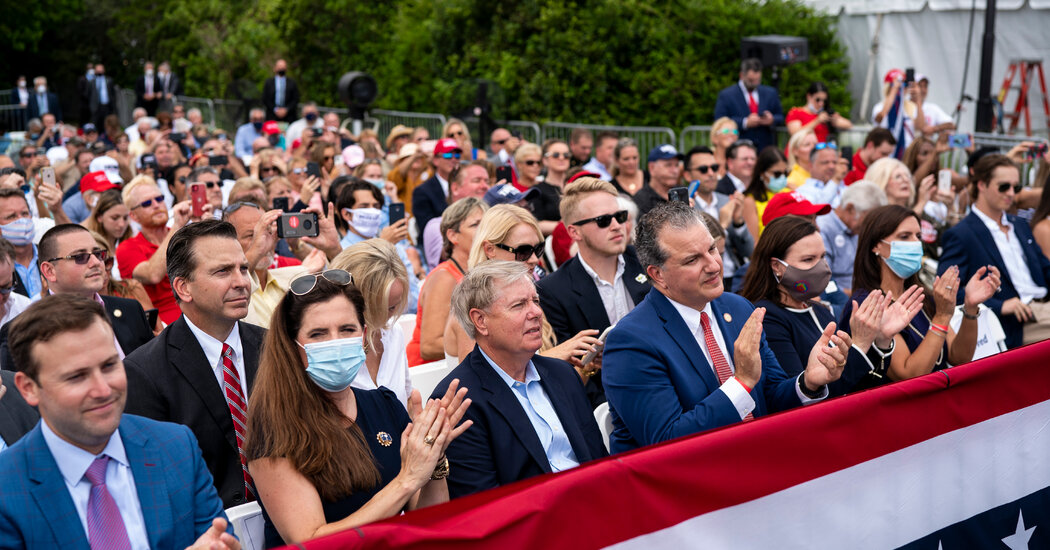 President Trump and former Vice President Joseph R. Biden Jr. are tied in the perennially close state of Florida, according to an NBC News/Marist poll released Tuesday, and there were signs that some of the state’s old alliances were shifting.

Both Mr. Trump and Mr. Biden had the support of 48 percent of likely voters according to the poll, which had a margin of error of plus or minus 4.5 percentage points. It was released on a day that Mr. Trump traveled to Florida, now his home state, to court voters.

But if the poll’s top line seemed familiar — Florida has come to define close presidential elections at least since the contested 2000 race between George W. Bush and Al Gore — the poll suggested that the sources of each candidate’s support were evolving this year.

The candidates are virtually tied among likely voters 65 and older, with Mr. Biden edging out Mr. Trump by 49 percent to 48 percent, it found. That was a big shift from four years ago, when Mr. Trump won a majority of the age group in Florida, according to exit polls.

The candidates were tied among likely voters under 45, the poll found. Four years ago Hillary Clinton carried young voters in the state by double digits, according to exit polls.

In another major shift, the poll found Mr. Trump was narrowly leading Mr. Biden among likely Latino voters, by 50 percent to 46 percent. Mrs. Clinton won among Latino voters in Florida four years ago by 62 percent to 35 percent, according to exit polls.

Democrats Are Poised to Expand House Majority in GOP Turf