A do-over for Melania Trump, whose convention speech four years ago borrowed from Michelle Obama. 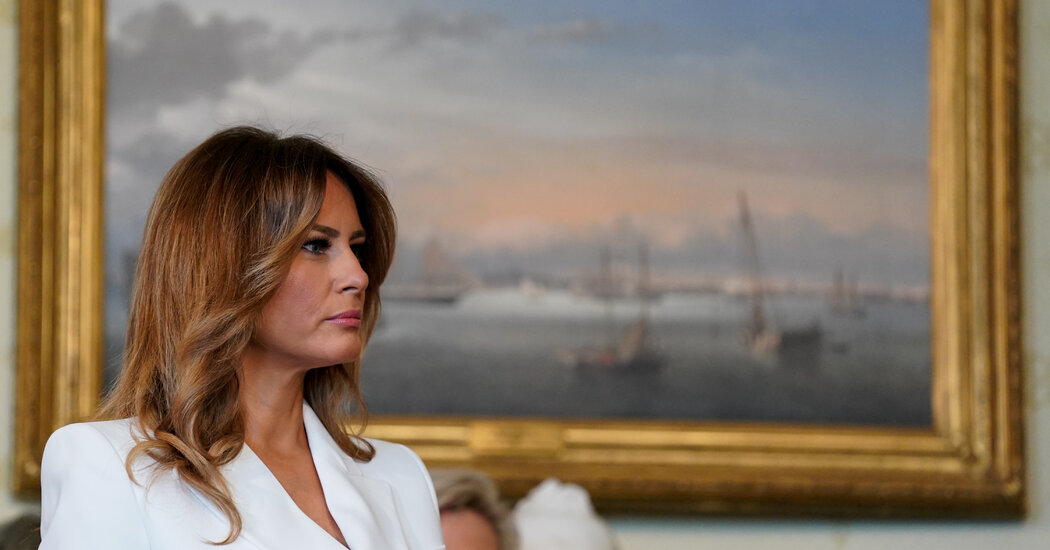 That’s the message that aides to the first lady, Melania Trump, have underscored ahead of her headlining speech Tuesday night at the Republican National Convention. Mrs. Trump’s address, which will be delivered live from the newly renovated Rose Garden, will be “authentic,” written without the hidden hand of professional speechwriters. “Every word” of the address, Mrs. Trump’s chief of staff, Stephanie Grisham said, “is from her.”

It’s a necessary rebuttal to Mrs. Trump’s disastrous appearance at the R.N.C. four years ago in Cleveland, where she had discarded a speech prepared for her by two prominent conservative speechwriters and instead ended up borrowing word-for-word phrases and themes from Michelle Obama’s speech at the Democratic convention eight years earlier.

But for a first lady who for the past four years has chosen to be seen more than heard, sometimes letting her clothes (a jacket, most infamously) do the talking, a major speech in which she shares her own thoughts about her husband’s presidency is more than just an opportunity for a do-over.

“We don’t hear from her often, so that means every time we do hear her speak, people are intently listening to what she has to say,” said Anita McBride, who served as chief of staff to the former first lady, Laura Bush.

Mrs. Trump deserves credit, Mrs. McBride noted, for over the years subtly “getting her point across without poking the president in the eye.” While her husband was still promoting an anti-mask message from the White House, for instance, Mrs. Trump posted a portrait of herself wearing a face mask on Twitter, and encouraged Americans to wear face coverings and practice social distancing.