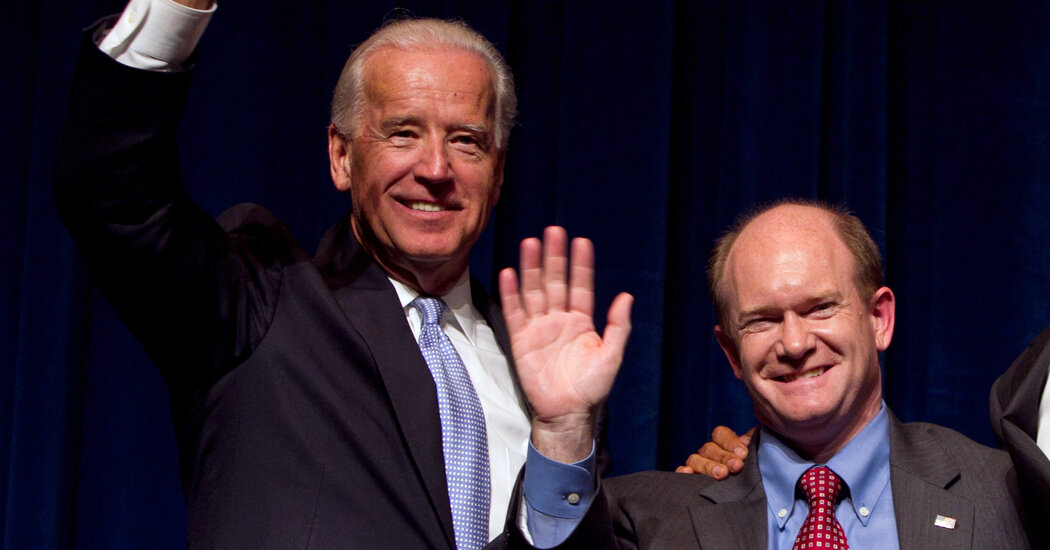 That said, Coons spends much of his day trying to aid the Biden administration’s agenda on the Hill however he can. He’s constantly talking to Republicans, gathering their concerns and feedback, and reporting back to his contacts at the White House. He often ends conversations with the White House with the phrase, “Is there anything else I can do to be helpful?”

He’s also engaged in some foreign policy work on behalf of the Biden administration, including traveling to Ethiopia, Sudan and the United Arab Emirates.

In your article, you quote Coons as saying that the window for passing bipartisan bills this Congress is quickly closing. What are the big pieces of legislation he sees as possible, and how is he feeling about their chances?

From what I can tell, he’s not necessarily involved as a primary negotiator on these bills, but he’s playing a role as an adviser and sounding board, particularly for Republicans. He told me he doesn’t believe Congress will get deals on all four, but is confident at least one will reach fruition. “The question is: Will we get one, two, three or four?” he said.

To me, the Endless Frontier Act, led by Senator Chuck Schumer, the majority leader, and Senator Todd Young, Republican of Indiana, seems most likely to pass.

Coons also talked to you about having to reinvent the wheel when it comes to bipartisan deal-making, since Mitch McConnell basically rendered the practice extinct during his time as majority leader. How has Coons gone about bringing Republicans into the fold and re-establishing the practice of reaching across the aisle?