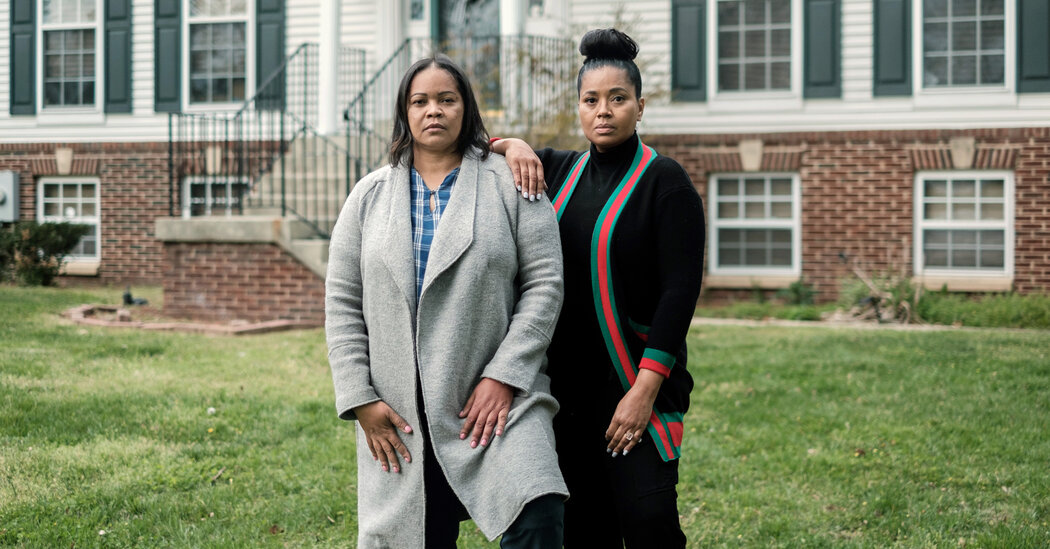 [Race/Related is available as a newsletter. Sign up here to get it delivered to your inbox.]

Ronda Thompson got the astounding news in a text from her sister. The Jesuits, the prominent order of Catholic priests that had enslaved her ancestors, had vowed to raise $100 million to atone for participating in the American slave trade.

Ms. Thompson read the attached article, first with astonishment and then with dismay. The money would flow into a new foundation. But roughly half of the foundation’s annual budget would be allocated for racial reconciliation projects, not for descendants. And the deal had been hammered out in a series of private meetings with three descendant leaders. No one had reached out to her or to her sister, Chanda Norton, or to the descendants they knew for input.

“They wronged our ancestors,” said Ms. Thompson, whose forebears were enslaved by the Jesuits in Maryland. “It’s like the descendants are being wronged as well.”

Last month, the Jesuit conference of priests announced its plan to raise money to benefit the descendants of the enslaved people the order once owned and to promote racial reconciliation projects. The move, made in partnership with three descendant leaders, represents the largest effort by the Roman Catholic Church to make amends for the buying, selling and enslavement of Black people, church officials and historians said.

But the news has been greeted with mixed emotions from descendants across the country.

Some descendants, including Ms. Thompson and Ms. Norton, have organized petitions, calling on Rome to reopen negotiations, a request the Jesuits in Rome have so far appeared disinclined to consider. Others have held meetings on conference calls and video calls, peppering the descendant leaders with questions in recent informational briefings.

Kevin Porter, an archivist whose ancestors were also enslaved by the Jesuits in Maryland, initially praised the plan as “an unprecedented step toward repairing the injustice of slavery.” But he has grown increasingly concerned about setting so much money aside for racial healing initiatives at the expense of other needs.

“I wish there was more programming to benefit mental health, financial literacy and education, things that could empower African-Americans,” said Mr. Porter, who attended a recent briefing hosted by the descendant leaders.

A simmering concern is whether the leaders — Joseph M. Stewart, Cheryllyn Branche and Earl Williams Sr. — adequately reflected the voices and needs of the wider community in their negotiations with the Jesuits.

The three leaders said that their organization, the GU272 Descendants Association, represented “a majority” of descendants in a memorandum of understanding that they and the Jesuits signed in 2019. At the time, about 490 people had signed the group’s declaration, but fewer than 50 had become members, according to Karran Royal, the association’s former executive director and a founder of the group.

Mr. Stewart said that the language in the memorandum was intended to reflect the hope that the organization would become a home for most descendants, not the group’s actual membership.

“We could have been more clear about our aspirations to represent all descendants, living and deceased,” said Mr. Stewart, the acting president of the newly created foundation, the Descendants Truth & Reconciliation Foundation. “We are still open and eager to work with anyone who wants to be a part of what’s been created.”

Mr. Stewart said that he and the other leaders had shared the goals of the foundation, including its focus on supporting racial reconciliation projects, with descendants over the years, though he acknowledged that the specific details of the plan became public only last month.

“You can’t say that you are atoning and reconciling and not do it with 100 percent effort,” Ms. Thompson said. “The Society of Jesus should have ensured that most of the descendants were included. Instead they made a half-baked deal with representatives who never represented the majority of descendants.”

The Jesuits relied on slave labor and slave sales for more than a century to sustain the clergy and to help finance the construction and the day-to-day operations of churches and schools, including Georgetown, the nation’s first Catholic institution of higher learning.

Descendants began to press for negotiations with the Jesuits after learning from a series of articles in The New York Times in 2016 that their ancestors had been sold to help keep Georgetown afloat.

In addition to supporting racial reconciliation projects, about a quarter of the new foundation’s annual budget will support educational opportunities for descendants in the form of scholarships and grants, Jesuit and descendant leaders said. A smaller portion of the budget will address the emergency needs of elderly and infirm descendants.

A spokesman for the Jesuits in Rome declined to comment on the specific concerns raised by the descendants, saying that the Rev. Arturo Sosa, the superior general of the order, remained confident in the Jesuit leadership in the United States to handle the issue of slaveholding and reconciliation.

The Rev. Timothy P. Kesicki, president of the Jesuit Conference of Canada and the United States, declined to respond directly to concerns about whether the descendant leaders had misrepresented the breadth of their support. Instead, he praised the partnership with descendants as collaborative and the GU272 association as “open and inclusive of all descendants of Jesuit slaveholding.”

Maxine Crump, whose ancestors were sold in 1838, also praised the plan.

“It had to be a small group process,” she said of the negotiations. “It’s important to have gotten this far, this fast.”

Mr. Stewart said he wasn’t surprised by the range of reactions. He urged descendants to join the GU272 association so that they can voice their opinions and apply for grants once the foundation is up and running. (Membership dues of $15 a year will be waived for the needy, Ms. Branche said.)

“There will always be differences of opinion; we respect that,” Mr. Stewart said. “But every time a different opinion comes up we can’t, as a legitimate organization, we can’t change our goals and objectives.

“We’ll continue to reach out to those who want to come in,” he said. “You want your voice heard? Get involved. Bring it through the proper channels. You can have an impact, but there’s a process for doing that.”

But Ms. Royal, the former association director, said she and others would continue to press the Jesuits to reopen the process. “There are so many voices left out,” said Ms. Royal, whose husband’s ancestors were enslaved by the Jesuits. “The Jesuits owe it to the descendant community to hear a variety of voices.”