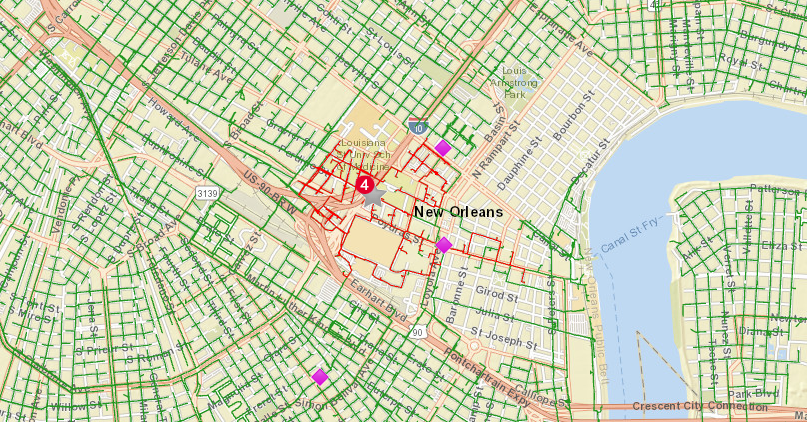 In a city that knows all too well about the fragility of the power grid, it wasn’t a hurricane or a heat wave that knocked out power to thousands of customers in New Orleans on Wednesday morning.

The power company said it believed that a bird of an unknown type had damaged an electrical substation serving parts of downtown and the Uptown neighborhood, affecting nearly 10,000 utility customers, according to Entergy New Orleans.

The power failure began around 9 a.m. and became fodder for widespread derision on social media. It was not clear what happened to the bird.

The power failure happened as many people were heading to work, only to find traffic signals inoperable and darkened offices with no phone or internet service. The Louisiana Department of Revenue said that its office in New Orleans was closed because of the lack of electricity.

Mike McDaniel, a reporter for WWL-TV in New Orleans, tweeted that the morning blackout had created a kink in his routine.

Just after noon local time, Entergy New Orleans said on Twitter that it had restored power to about 9,000 customers in the central business district, and that only about 300 remained without electricity. Entergy said it has about 209,000 total electric customers in New Orleans.

“We will continue to update impacted customers with estimated times of restoration as damage assessments continue,” Entergy said.

It was not the first time that a bird was blamed for disrupting power in the city. About 7,000 Entergy customers lost electricity last summer because of what the utility said was a similar incursion. The occurrence is not unique to New Orleans: squirrels, monkeys and even iguanas have caused power failures in other parts of the country and the world.

Estimating that 20 percent of power failures in New Orleans were caused by animals, Entergy said last year that it was testing lasers to keep birds away from its electrical transmission equipment.

The situation on Wednesday drew a fresh round of scrutiny to Entergy, which has faced criticism in the past for its efforts to fortify the city’s power grid and its response to storm-related outages, especially during hurricanes.

JP Morrell, an at-large member of the City Council, announced on Wednesday that Entergy representatives would appear at the next meeting of the council’s Utility, Cable, Telecommunications and Technology Committee to discuss the power failure.

“@EntergyNOLA LITERALLY always blames an animal,” one woman, whose Twitter handle is @AmandaSuspended, wrote. “We had a second-line funeral for a cat that got fried at a substation.” (A second-line funeral is the name for the procession of jazz players that has become a rite of death in New Orleans.)

Another Twitter user joked that the city’s power grid “must be coated in peanut butter.”

Eric Smith, a business professor at Tulane University in New Orleans and associate director of the Tulane Energy Institute, said on Wednesday that much of the city’s electrical infrastructure is above ground in suburban areas, a setup that makes it vulnerable.

“We do tend to have probably a higher rate of outages than some other comparable urban areas,” Professor Smith said.

Still, he said, some complaints about the grid’s reliability were unfair, pointing out that animals have posed a threat to infrastructure in other places.

“It’s not like you’re feel like you’re living in a third world country,” he said. “New York has its issues with rats. It’s not just New Orleans.”

In contrast to the rest of Louisiana, where utilities are regulated by the state, the City Council in New Orleans has acted in that role since the 1950s, Professor Smith said.