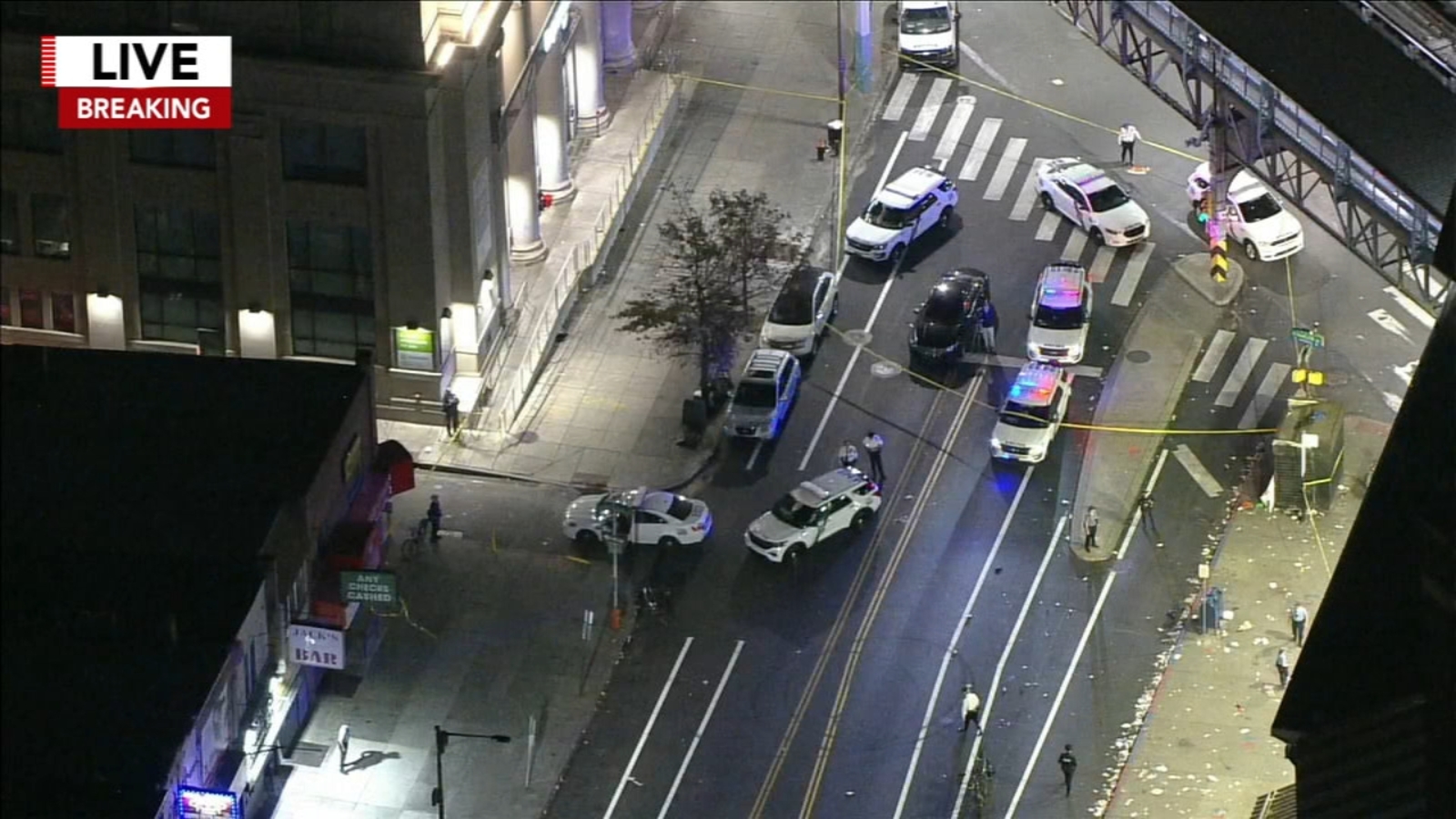 PHILADELPHIA (WPVI) — Nine people were rushed to the hospital after multiple gunmen opened fire outside a bar in Philadelphia’s Kensington section on Saturday night.

It happened around 10:45 p.m. in the area of East Allegheny and Kensington avenues.

Police say the gunmen exited a black-colored vehicle that was parked in the middle of the block and fired about 40 shots.

Nine victims between the ages of 23 and 40 years old were taken to an area hospital. Police say two victims are listed as critical and seven others are listed as stable.

The victims have not been identified, but police say they were all adult men and women.

“At this point in time, it just looks like these individuals may have spotted someone they wanted to shoot at, exited the vehicle, and began firing at the group of individuals that were there. We don’t have much more than that in terms of motive,” said Stanford.

Police are still searching for the shooters.

Anyone with information is asked to call police at 215-686-TIPS.

Sources initially told Action News that 12 people were injured in the shooting.