9 Battleground State Counties That Trump and Biden Need to Win 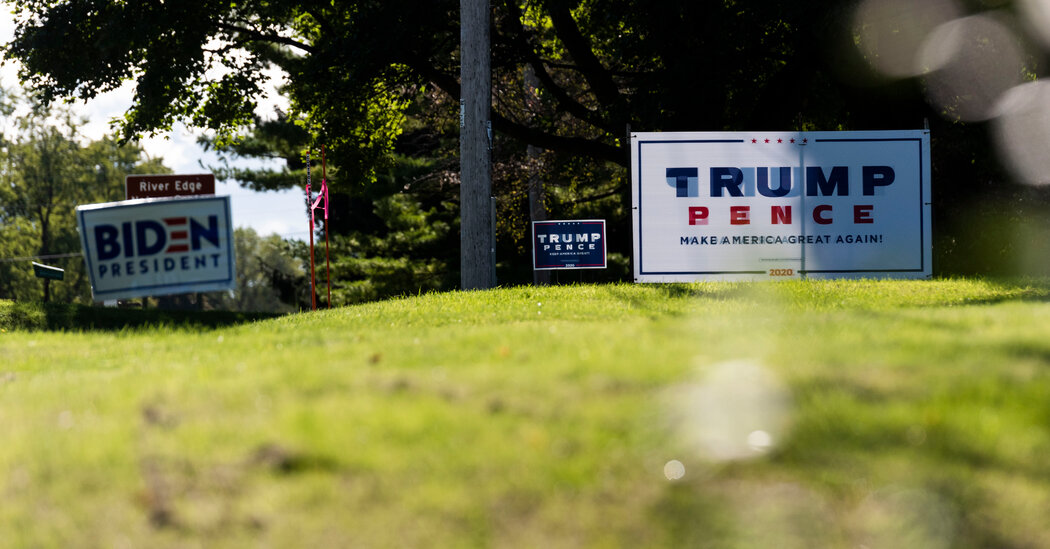 Love it or hate it, the Electoral College is the turnstile to the White House, and that means that a handful of states will swallow up most of the attention on Election Day and, if necessary, in the days that follow as ballots are counted.

Here are some key cities and counties in four states that will play a crucial role in determining the winner. These states and municipalities will also be closely watched for how they handle what is expected to be historic turnout, including unprecedented numbers of mail ballots.

Of course, not all will swiftly meet the surge of mail ballots. Florida and Arizona, for example, will begin counting those ballots well before Election Day, and are expected to report results more quickly. Pennsylvania and Michigan cannot begin counting until Election Day.

Of the three Northern industrial states that Donald J. Trump flipped in 2016 after they had long voted for Democrats, Pennsylvania is the closest entering the final stretch. With three million mail votes expected statewide, in the first year in which all Pennsylvania voters have that option, full results may not be available for days after Nov. 3.

This is another of the “blue wall” states that Mr. Trump won in 2016, along with Michigan. In polls, Wisconsin is looking slightly better for Mr. Biden than Pennsylvania, but the president still has a path here.

Although Mr. Trump won the state by 3.5 percentage points in 2016, he trails Mr. Biden in polls, largely because the state has a smaller share of white voters without college degrees than the Midwest battlegrounds, as well as a larger Latino population.

Elections in Florida are won by running up the score in favorable terrain while losing more closely in hostile precincts. It’s a battle for margins more than for swing voters.

The state has more experience processing and counting absentee ballots than some others: Nearly one in three ballots were mailed in 2016, and so far 4.5 million voters have requested absentee ballots. But the state’s history of razor-thin elections could mean that common errors on those ballots — missing signatures, mismatched signatures or missed deadlines — could be the subject of legal challenges.